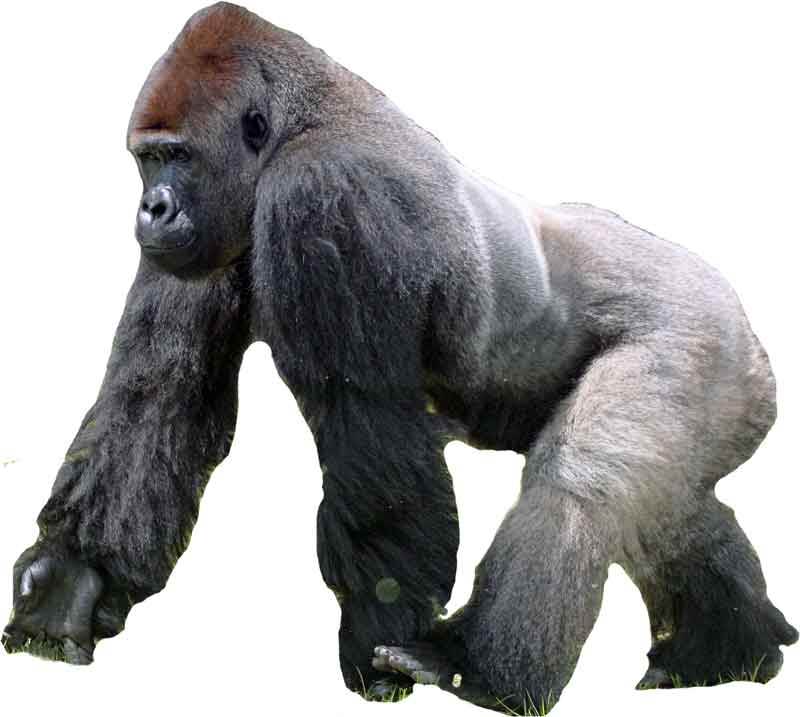 Gorillas are land-living apes and are found in forests located in central Sub-Saharan African territory. Their Genus is Gorilla which has two species; the eastern gorillas and western gorillas. But they have also been differentiated further into more sub-species. They belong to Phylum Chordata and Class Mammalia. They are considered as the largest surviving primates among apes, monkeys, and lemurs.

In addition to chimpanzees and bonobos (historically known as pygmy chimpanzees), they appear surprisingly closer to the human physical structure. Also, their DNA highly resembles the DNA of humans. 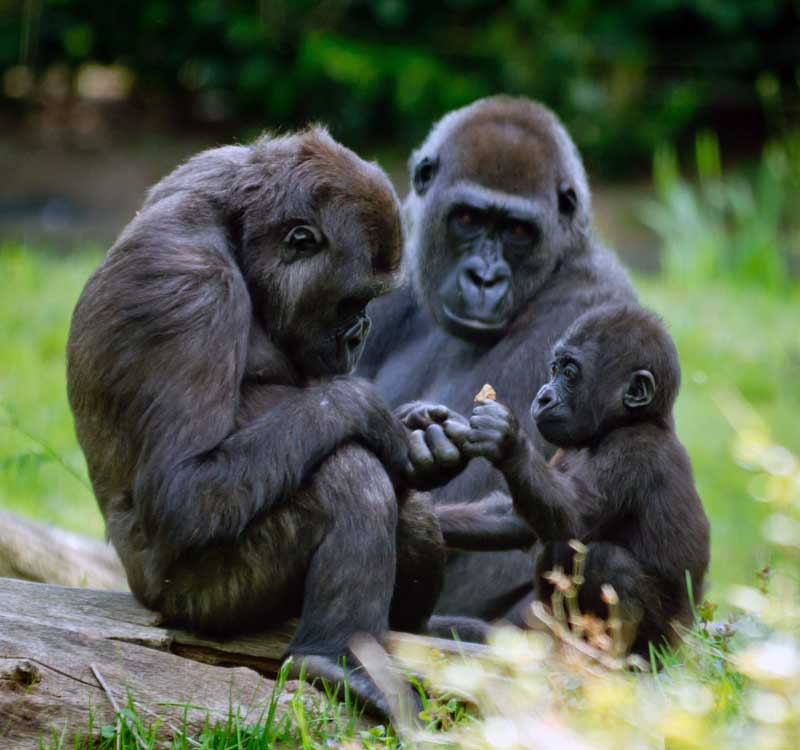 Male gorillas may be as long as 1.4 to 1.8 meters. Their arm-span normally has a radius of 2.3 to 2.6 meters. The female gorillas have a comparatively shorter size as compared to males. The weight of an average-sized gorilla is around 143 Kg for the wild variety. Gorillas in zoos and other human-made confinements tend to develop higher weights.

The adult male gorillas possess silver hair on their backs, hence, they are known as silver gorillas. The color of their eyes is dark brown. Black rings are also seen around the iris of eyes. Moreover, their eyes are smaller and are embedded into their face which is hairless.

The Sagittal Crest (bony bulge on the head) is found on adult male gorillas. Sagittal Crest is also found in many mammals to which the jaw muscles are attached. They have very strong and wide chests. They possess large hands that very much resemble human hands. Furthermore, they have short and somewhat snub-noses. 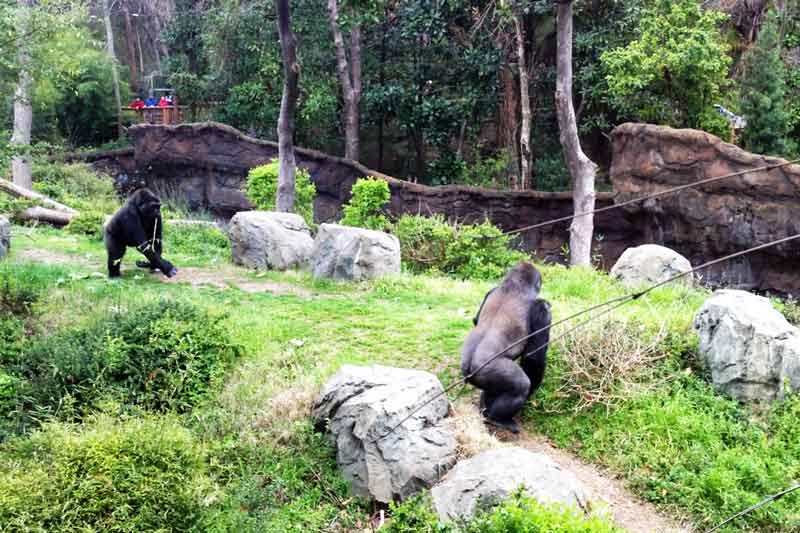 Gorillas’ natural habitat falls in tropical and sub-tropical forests of Sub-Saharan African geology. They can travel from mountains to swamp areas. They like dense tropical forests that show little change in temperature. Also, the rainfall in tropical forests varies considerably throughout the year which results in different types of vegetation. 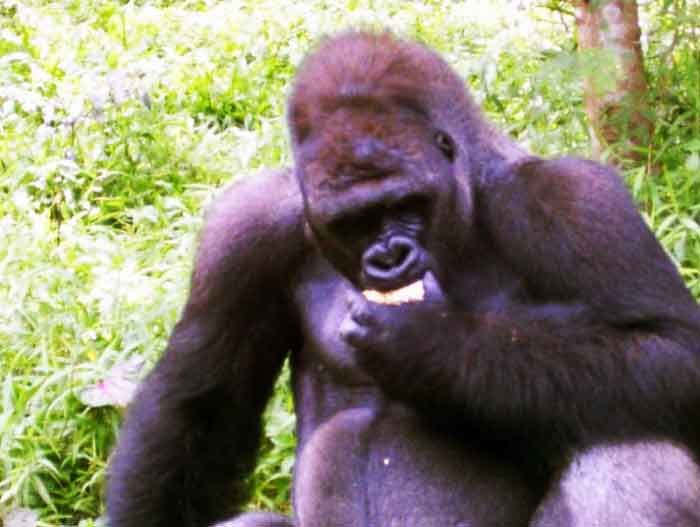 Gorillas either rest during the day-time or they travel in search of food. Their diet differs among various species. Gorillas that are dwelling in mountainous regions mainly eat vegetative materials, such as leaves, parts of plants, shots, and some fruits. Mountain gorillas can eat flexibly and can sustain different habitats.

On the other hand, eastern gorillas consume diverse varieties of diet. They generally eat leaves, piths and fruits up to one-fourth part of their diet. The western gorillas in case of scarcity of food may eat ants and termite, as well.

Gorillas consume plant materials that are rich in water, thus, they rarely drink water directly. Moreover, during prolonged dry seasons, plantations like thorny shrubs, bushes, trees, and other plants that store a high quantity of water in their cells are available to gorillas.

Generally, Gorillas lead a family life. Usually, their group is comprised of 5 to 10 members, but their count may rise to 50 or more in some cases. The group of gorillas is dominated by a male or a silverback for several years. The females take care of their babies for longer periods of time and males act as protectors of the whole family.

For many decades, there has been a recorded decline in the populations of both species of gorillas. According to a UN Report, their population could disappear from Congo-Basin somewhere around mid of the 2020s.

However, conservation efforts initiated by the WWF and other organizations have cast a positive impact. As a result, their status has changed from “highly-endangered” to “endangered” as of November 2018.