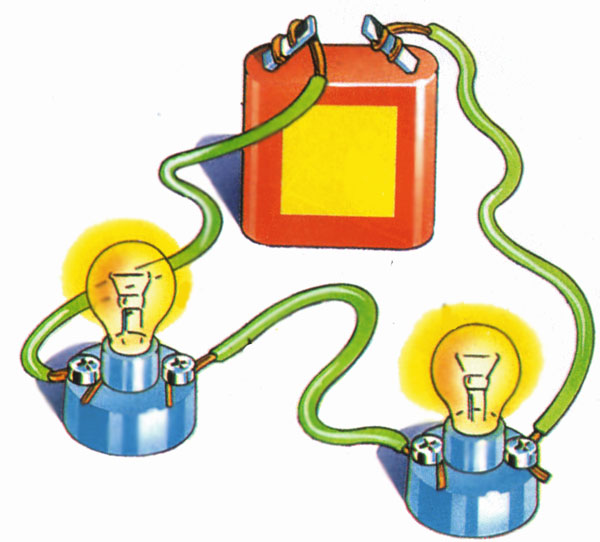 What is Electronic Circuit?

In a series circuit the current in the all components is same, but the voltage is divided among them.

In a parallel circuit, the current is divided into each branch. But, the voltage of each branch is same.

Consider the following circuit, in which the resistors are connected in series and parallel combination.

Ground of the Circuit

A ground is the reference point in a circuit. This point works as a return path for the electrical current back to the source. Every circuit has at least one ground. However, a circuit can have more than one ground. The voltage across each electronic component is measured with respect to ground.

The schematic symbol of the ground is: