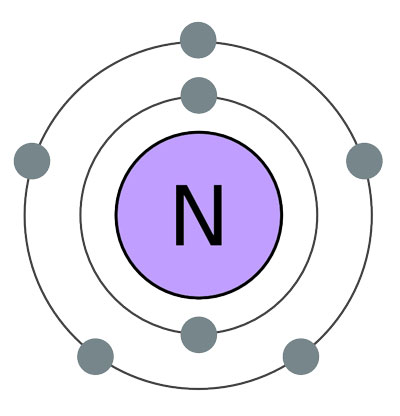 Nitrogen is a gas with 7 protons and 7 neutrons in its nucleus. It is the major building block of our atmosphere. Our atmosphere is the mixture 21% oxygen, 78.1% Nitrogen, and 0.9% other gases. Nitrogen is also an essential element for the life, it available in every living thing including humans. Our DNA also contains nitrogen atoms.

Nitrogen is widely used in the manufacturing of many items. Some of its uses are given below:

Nitrogen is a gas that is freely and abundantly available in the atmosphere. Our atmosphere is composed of about 78.1% Nitrogen. Industries use fractional distillation method to separate the nitrogen from oxygen, water vapors, and other gases. There are many compounds of nitrogen found on the earth from which we can extract nitrogen, but getting nitrogen from air is easy.

Daniel Rutherford in 1772 was performing an experiment on the air. In that experiments, he found that there was a gas other than oxygen in the air that didn’t support the burning. He named that gas “noxious gas”. Nitrogen got its official name in 1790.