DNA is one of the most familiar terms to most of the people because this term is used in sci-fi movies, comics, and genetic tests. DNA is a very famous term whose few things are known to common man along with many misconceptions.

DNA stands for deoxyribonucleic acid, which is a molecule that contains the code of an entire organism. DNA defines the purpose, structure, development, and function of an organism. DNA is found in every cell of an organism and is copied from parent cells to child cells.

You can consider the DNA similar to a program of a computer and the body of a cell as hardware on which program is executed. The cell constantly gets instructions from DNA to perform various function throughout its life. 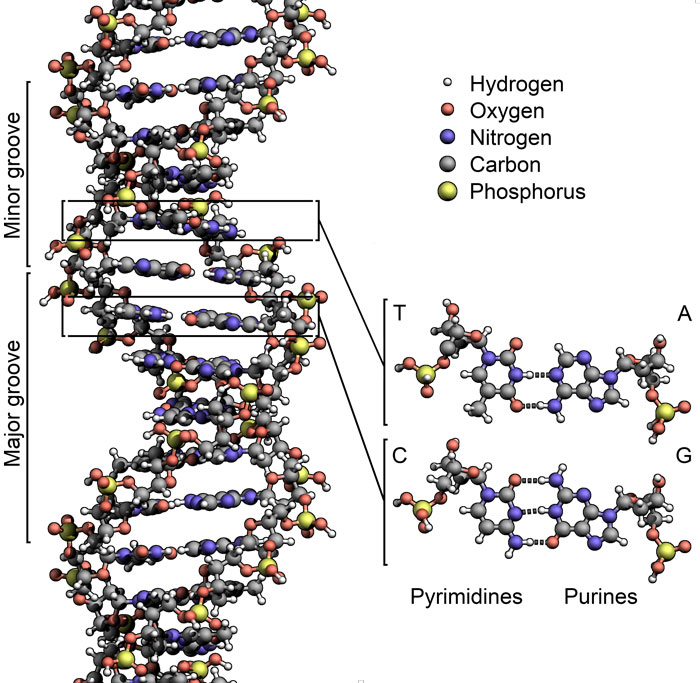 DNA is a very long molecule which is very thin and has a double helix ladder shape. The structure of DNA can be divided into two parts; the backbone and the bases. Backbones are the twisted pair structures which are located at sides of the double helix shape and are responsible for holding the bases of DNA together. Bases are the actual fundamental blocks which form the DNA code.

There are sets of instructions in each string of DNA which are called genes. You can consider the genes as the language which cells can understand. The genes instruct the cells about making specific proteins. These proteins are responsible for the functionality, survival, and growth of a cell.