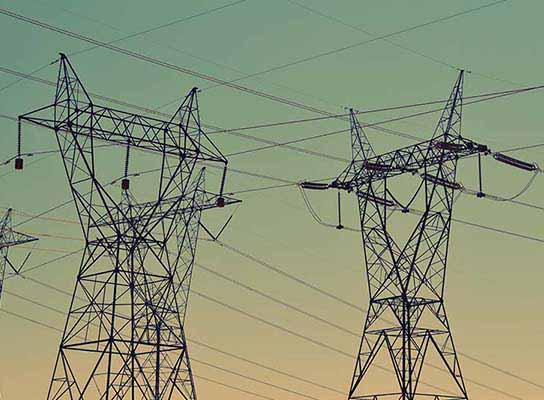 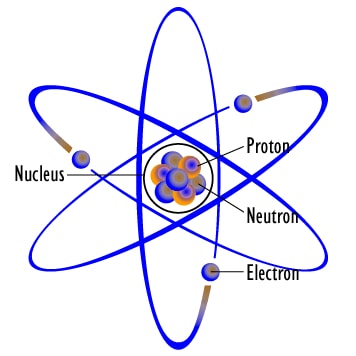 Atoms are smaller particles of matter, so small that millions of them can fit on the tip of a needle. These atoms are not fundamental particles, but they are made up of even smaller particles known as electrons, protons and neutrons. Protons and neutrons are held together in the center (nucleus) of an atom. Whereas, electrons orbit around the center at very high speeds. Electrons carry a negative charge and protons carry a positive charge, but neutrons are neutral (charge less). Both electrons and protons have the same amount of charge. Also, the number of electrons and protons are equal in an atom, which makes the atoms neutral (charge less). Read more about Atom

Since electrons are not bound to one location like protons and neutrons. Instead, they revolve around the center of an atom, so they can be freed from an atom by applying some force. When electrons jump to other atoms throughout the material by some applied force, they create electricity. Therefore you can consider the flow of electrons as electricity, but electricity can also be stored where electron don’t flow. So, Electricity is divided into two types, one is current electricity and other is static electricity.

Current electricity is the continuous flow of electrons known as “electric current” between atoms in a closed path. The path that is followed by electrons is known as “electric circuit”. The electric circuit needs to be closed for the electric current to flow; e.g. when you push a button to power on a light bulb, you are actually closing the circuit (completing the path for electrons)through which electrons flow to power your light bulb.