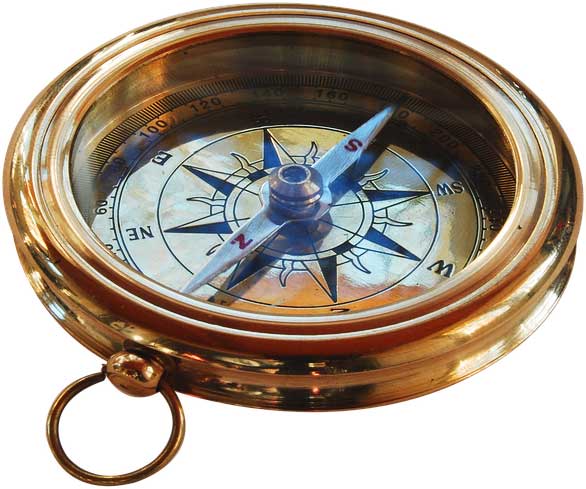 According to an old Greek tale, the effect of magnetism was seen by a shepherd accidentally. His name was Magnes and he lived in Magnesia, Greece. He had noticed that the nails of his shoes and the ferrule (cap) of his stick got stuck on a rock under his feet. After that, the stone had been named Magnetite – also called Lodestone.

Chinese are known to use lodestone as a device to find directions as early as 100 BCE. The great tourist, Marco Polo, brought lodestone to Europe for the first time. However, Vikings (Scandinavian people) were already using it in their own way.

Ancient Greeks are known to be familiar with magnetism from the fact that, Thales and Socrates have written about it. However, the idea of using magnetism in some way as a compass was developed by the Chinese during the 11th century CE. In 1088, when the Song Dynasty was in power, the magnetic needles were used as something magical or divine in its earliest forms.

The invention of the compass cannot be attributed to any single person or nation. Rather, it was a gradual development over time.

Italy witnessed the compass during the 13th to 14th century but it is not certain whether they invented it or it reached to them by passing traders from China. However, many historians claim that the compass was invented by Italians on their own but this needs rigorous proof.

Muslim World from the 13th century started making use of compass with some improvements on their end.

Various European nations were facing navigational challenges on oceans. Thus, in 1492 Christopher Columbus observed magnetic disturbances but he concealed it from his crew.

With the support of the Royal Society of England, from 1698 Edmund Halley and later on, 1820 Danish Physicist Oersted, followed by Michael Faraday in 1831 and James Maxwell all contributed to towards understanding of electromagnetism and thus influenced the improvement and use of the compass and other related features.

Usage Of Compass In The History 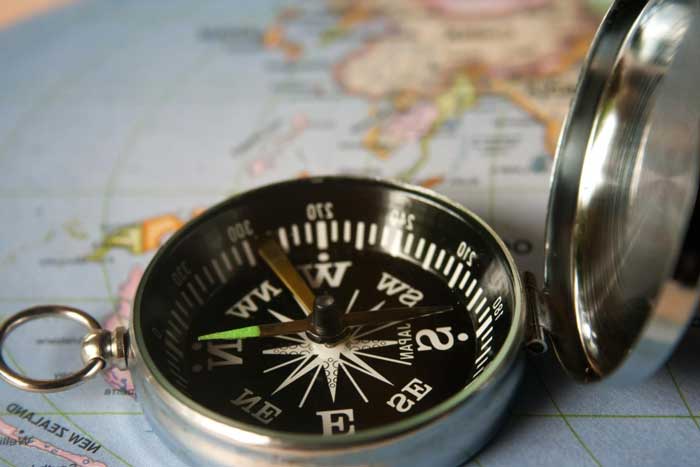 In the earlier time, the compass was used by the Chinese in their military expeditions and by Mongols.

In the 15th century, countries such as Spain, Portugal, and Britain, used a compass for long-distance voyages in the quest of exploring the world. In 1519, Ferdinand Magellan, with the financial sponsorship provided by Spain, completed the first round-the-world sailing expedition. Vasco da Gama and Christopher Columbus are famous names of voyagers of Spain. And much of the world was explored through such voyages. Later on, these voyages also paved the way for establishing colonies in countries other than their homelands.

Over the passing time, many other useful navigational devices have been developed. during the past few centuries, the compass has been effectively used all around the world.

However, ordinary compasses are still used by boatmen, hikers, surveyors, and camping enthusiasts.

Nowadays, the compass is replaced by GPS for navigation purposes. However, they are used in hobbyist drones and smartphones to find which way they are heading. Today’s compass is no more mechanical, they are a piece of solid-state electronics in form of IC (integrated circuit).

A compass is a device that is mostly composed of a thin bar magnet suspended at the center. The bar magnet is allowed to rotate freely horizontally so that it can line-up with Earth’s magnetic field. Since it always line-up with Earth’s magnetic field, the compass always points towards the North pole of the Earth – no matter in what direction you rotate.

Compass soon became popular as a navigational instrument. During earlier periods, the stability of the needle was a bit hard to achieve. But over time, complex mechanisms were developed for making the magnetic needle stable.

Correction To The Readings Of Compass

Since Earth’s geographical north pole and magnetic north pole are 500 kilometers away. The readings of a compass have deviations and are generally called variations in the reading. So to find the direction precisely, navigators have to take the variation into account over long distances.

Magnetic compasses work well at moderate latitudes and altitudes, but they lose their reliability in regions that are near the North and South Poles of the Earth. They are also affected by natural and artificial sources of magnetism. For example, Heavy deposits of iron, mines, or electromagnetic devices while they are operating.