Humans have always tried new ways to defend themselves or to attack others for invasion. For this purpose, they tried to develop tools and weapons since ancient times.

Using stone tips, for attacking animals or other humans during a fight, dates back to 64,000 years. After that, It was discovered that Europeans used bows and arrows as early as 9,000 BCE. 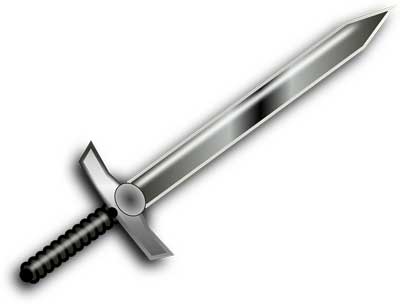 The people of Mesopotamia used sickle-sword for their defense. Greeks used spears and tridents (three-pronged spears) as weapons. Moreover, various types of knives including daggers, and axes, were also developed during the earlier era to be used as weapons.

After basic weapons, catapults were developed and used by ancient Greeks and later by Romans. Catapults were devices that could be used to throw heavy stones, as a projectile, to very far distance. It was used to destroy the enemy’s army. 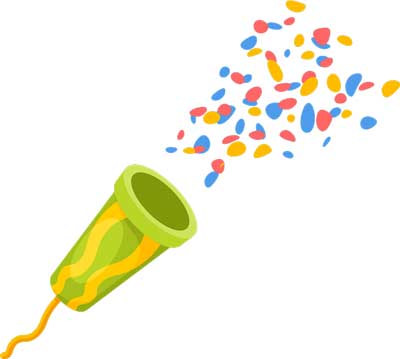 After the 960s, during the era of the Song Dynasty of China, the gunpowder was developed from saltpeter, sulfur, and carbon. Before gunpowder, sulfur and other material were already used in earlier firecrackers and on the tips of arrows. The invention of gunpowder revolutionized the development of weapons. Due to the immense power of gun powder, it became possible to develop canon that could throw metal balls to large distances. 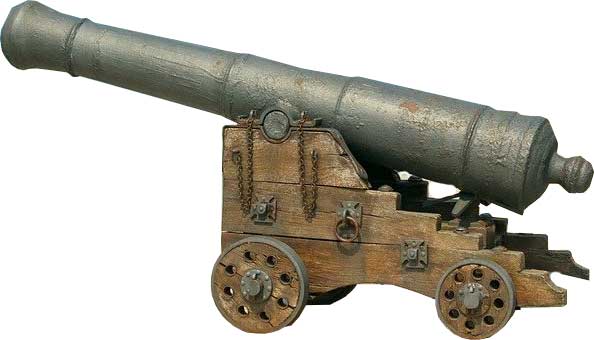 Human history has witnessed bilateral conflicts, be it individual fights, tribal battles, and wars on a large scale. Both the parties in the battle desired victory in their favor. The desire for victory and defense fired the race to develop more advanced weapons.

The years from 1337 to 1453 witnessed wars between France and England. Ultimately, the French had developed handguns and canons powered by gunpowder. A gun or a pistol essentially has a barrel through which a bullet passes gaining very high speed with the help of burning gunpowder. Due to the very high velocity of a bullet, it can badly wound and kill a person. 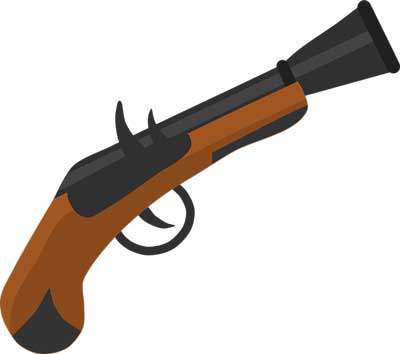 The use of firearms has been traced as early as the year 1364. While during the 1380s hand-guns were common in Europe. And by 1400, the matchlock guns were developed. Those guns used a lighted wick as an ignitor.

The principle of rifling (making bullets inside the gun to spin for increasing its penetration power) was discovered in 1498. After that, another major development came with the invention of wheel lock pistols in 1534. These pistols were fitted with a friction wheel to generate the spark for firing the bullet when the trigger was pressed. From 1776 and onwards various developments of firearms took place until 1835, in which the colt revolver was developed by Samuel Colt. The colt could carry six bullets and fired one upon another with each trigger.

Present-day weapons are very sophisticated and are mostly automatic with tremendous power in a smaller size. The era of developing modern weapons began during World War I. The weapon development reached its peak during and after World War II. In WWII, the world’s most lethal weapon, known as the atomic bomb, was used which killed around 100,000 people. Highly capable tanks with long-range and multiple weapons were also developed during WWII. Furthermore, the technologies, such as Laser-guided weapons, coupled with computer-aided mechanisms drastically changed the realm of firearms.

One of the aims of weapons is to protect against chaos and prevail peace in the world. But this is possible if the weapons are in the right hands. We all need to strive for developing a peaceful environment for all on this Earth.