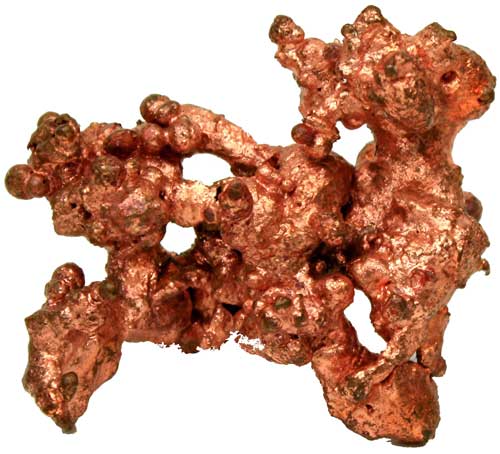 Copper is a metal that was one of the first metal to be used by mankind. People used to make tools from it to make their living easier.

Copper has 29 protons and 34 neutrons in its nucleus. The symbol of copper in periodic table is denoted by “Cu”.

Copper was used by ancient people to make tools. But, today it is used in wide variety of materials. Some are listed below:

Copper is a slow reacting metal, which makes it available in nature in its elemental form. That is the reason that ancient people were able to use the copper. Today copper is mostly extracted from its compounds; copper sulfide and copper carbonate.

Copper is present in its elemental form in nature, so people have known about copper from the beginning. Pure copper was used to make different tools, until the age of bronze. Bronze is an alloy of copper in which copper is mixed with tin to make it harder.