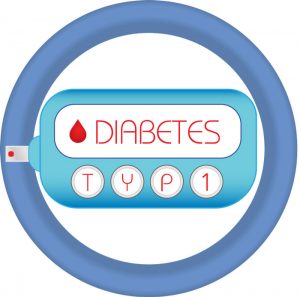 Diabetes, also known as diabetes mellitus, is a disease in which a group of metabolic disorders happens. This result in an increase in blood sugar level for a long period of time. Higher blood sugar causes many problems in the body, which includes damage to heart, kidneys, and some other organs. If the diabetes is very severe, it can even damage the nerves, blood vessels, and may urge for the amputation of the body’s limbs.

Diabetes is mostly caused when there is a problem in the production of insulin in the body, or the body is not able to respond to insulin. Insulin is a type of hormone that is developed by the pancreas, an organ in the body. It helps the cell in our body to absorb the sugar from the blood to get energy. The lack of necessary insulin in the body causes an increase in blood sugar because cells are not able to absorb the sugar. So, sugar levels in the blood increase over time.

Why does diabetes develop in a person?

There are several causes behind the development of diabetes in the body. But these causes don’t fit accurately behind diabetes development. The causes may vary from a person-to-person, and family background of diabetes also play a role in diabetes.

Here are a few causes that may cause diabetes:

People suffering from type 1 diabetes have to take insulin regularly for their entire life to control their blood sugar. There is also another less common method in which the pancreas of the person is transplanted.

The most important part of the treatment of diabetes is to monitor and control the level of blood sugar regularly. There are several ways to treat and control diabetes, and some of which are different for different type of diabetes.