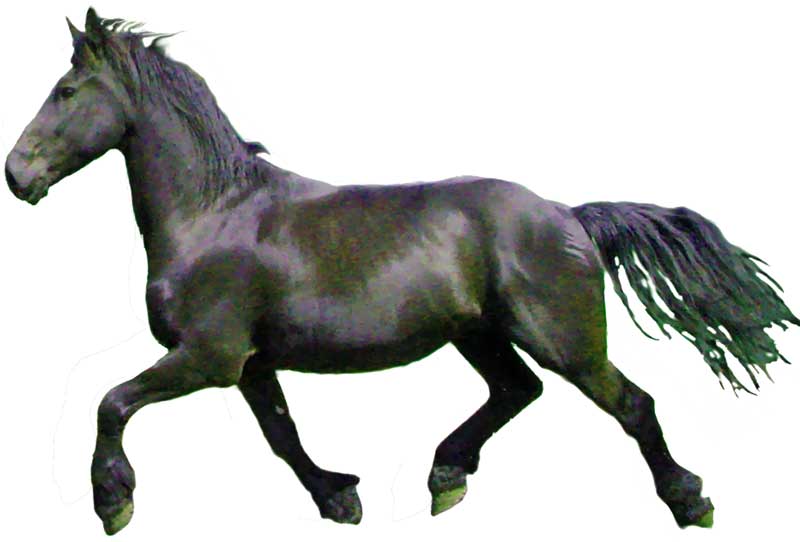 Horses are one of the most domesticated animals in the world. They have been with humans in almost every walk of life since ancient times, e.g. transportation and battles. The horse is an example of living sub-species of Equus ferrus. They belong to Phylum Chordata, Family Equidae, and Genus Equus.

They are good runners and can maintain a very good balance under very hard conditions. They were traditionally been used as warfare animals in battles. Especially during the era when war machines and vehicles were not developed.

They can sleep while in the standing position or while lying down. They are common worldwide including United States, China, India, and Pakistan. They become fully mature by the age of 5 years and their average life goes from 25 to 30 years. 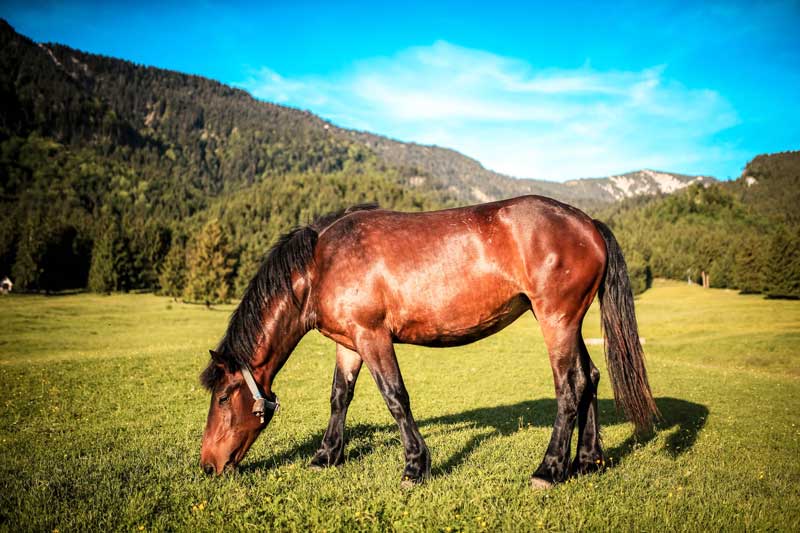 They have a muscular and strong body, with four slim and long legs. They have very short hair on their entire body. Also, the upper side of their long neck has a mane (long neck hair).

They have a large and elongated head having two erect ears, large eyes with prominent nostrils, and strong teeth in their mouth. Their long tails are covered with long hair. They have hooves at the end of their legs. Horses have a wide variety of colors and are also marked with spots or distinctive markings. The most common colors of horses include gray, white, and light brown.

The wild species of horses dwell on plain grassy fields and steppes which fits for their needs. In general, they need wide and open areas and search for shelters as per their needs. On the other hand, the domesticated horses are kept in stables or suitable enclosures.

Humans also get facilitated from them by using them for riding, pulling carts, and using them in battles. Originally, horses were evolved in the plains of Central Asia, and after then they became related to wide and open grasslands. Today, they are found all over the world except the region of Antarctica.

They are herbivores and extensively consume plant materials, e.g. grasses and leaves. Also, humans provide them with a pelleted food, hay (dry grass), alfalfa, timothy, oat, and orchard, etc. They also love to eat many types of grains and fruits such as oats, barley, corn, apples, and carrots.

Horses don’t eat on specific timing for their feeding. Rather, they can eat food anytime during the day when possible. On average, a horse can consume about 10 Kg of food in a single day. The horse owners should note that domesticated horses shouldn’t be deprived of food for more than eight hours. Because they have only one stomach and can’t store food like cows and camels etc. Horses are also good at drinking and can drink more than 12 gallons of water per day. 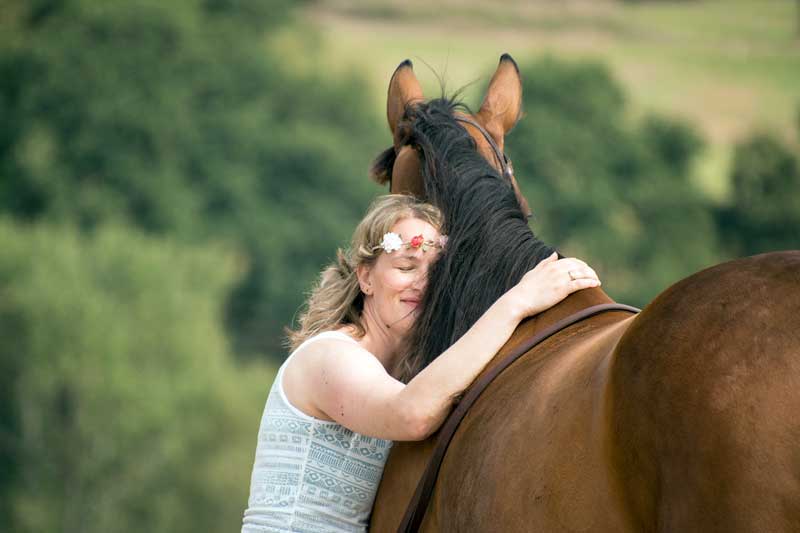 Horses like to live together with other horses in herds because they are social animals. Also, they keep company with other animals. They maintain a hierarchy which is controlled by a dominant member that, in many cases, is a mare (female horse) or a stallion.

Horses also like to live with humans as a pet. Their communication with humans involves specific vocalization, bilateral grooming, and body language. When horses are kept alone, they might become aggressive and may develop undesirable habits. However, they can be trained by humans in many different ways because they are quite cooperative animals.

Currently, they are out of danger of extinction in many countries. However, an actual wild horse, called Przewalski, is considered as critically endangered as indicated by the International Union for Conservation of Nature.