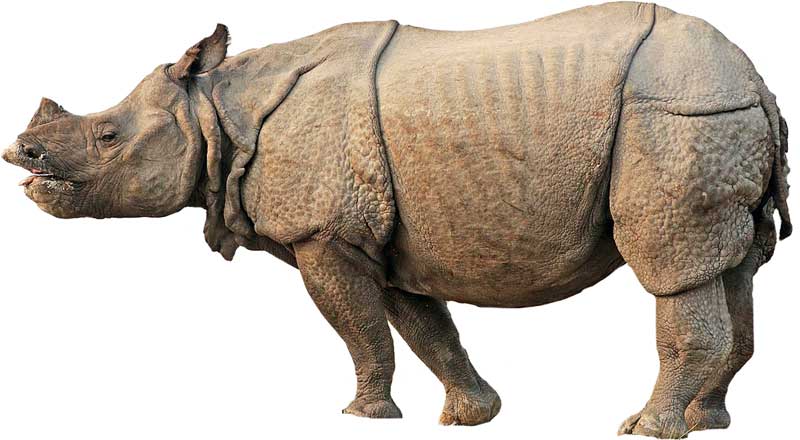 Rhinoceros are bulky and strong and large-sized animals and are famous for their horn on the nose. The word ‘rhinoceros’ is derived from the Greek word ‘rhinokerōs’ whose meaning is “nose-horned”. In short, they are also called Rhino.

They belong to the family Rhinocerotidae and the Phylum is Chordata. The two African species of Rhinos don’t have front teeth in their mouth. From a total of 5 species, 3 species of Rhinos belong to Southern-Asia. In some cultures, the horns of rhinos are used for making ornaments or for preparing some sort of medicines. In eastern Asia, particularly Vietnam has a vast market for horns of rhinoceros.

They are large animals by size as compared to most mammals. They easily reach the weight of 1,000 kilograms. They possess one or two horns above their nose. Their skin is thick which serves the purpose of protection. Their skin is formed by the layers of collagen (a type of protein). 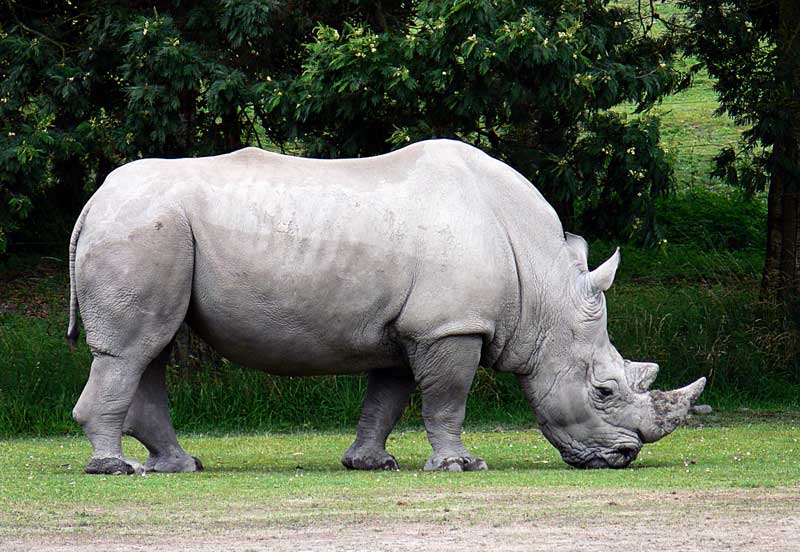 The choice of habitat for the rhinos depends on the species they belong to. In general, they prefer grasslands, savannas (grassy plains), wetlands, and the thick forests which are found in tropical regions. They also live in swamps, but they also need enough vegetation and water to fill their needs. Usually, they like habitats containing water and muddy areas.

Indian rhinos are very fond of lush green grasslands found in countries like Bangladesh, Nepal, and the foothills of Himalayas. Due to vast urbanization, they now seek hideouts in grasses rather than showing up in open areas. Moreover, they also prefer river-side grasslands.

The Black variety of rhinos eats trees and bushes as their main diet. They make use of their lips to pluck leaves and fruits from plants and trees. The white rhinos, on the other hand, are grass-grazers and they lower their heads near the ground to eat grass.

All species of rhinoceros eat vegetative material only which makes them herbivore animals. The choice and type of vegetation (plants, fruits, or grasses) depend upon the shape and structure of their snouts (nose and related structures). 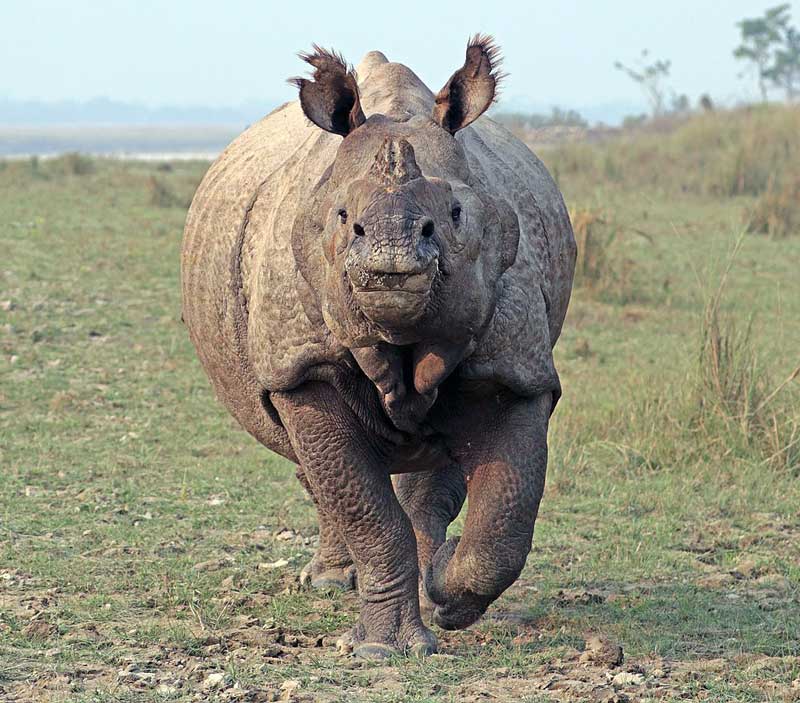 Generally, the rhinos are animals living on their own. However, male and female rhinos allocate specific areas for themselves. They make use of their horns when fighting with other rhinos. They also use their horns for defending themselves against probable predators, for example, lions, tigers, and other predators.

They like the company of birds, such as Oxpeckers. These bird sits on their back and picks off the ticks and other parasitic insects from their thick skin. These birds also make loud cries in case of forthcoming danger.

They sleep only during the hot hours of the day under the shades of trees. And they use muddy pools for wallowing (rolling the body) and getting cooled off. The mud protects them against strong sunlight and also acts as a barrier against bugs.

The IUCN has issued a Red List that mentions the Black, Sumatran, and Javan rhinoceros are facing the critical danger of extinction. That is their survival and continuation of generation are at risk of getting eliminated.

According to the Save the Rhino, all species of rhinos are facing the danger of extinction (death and disappearance of living species).