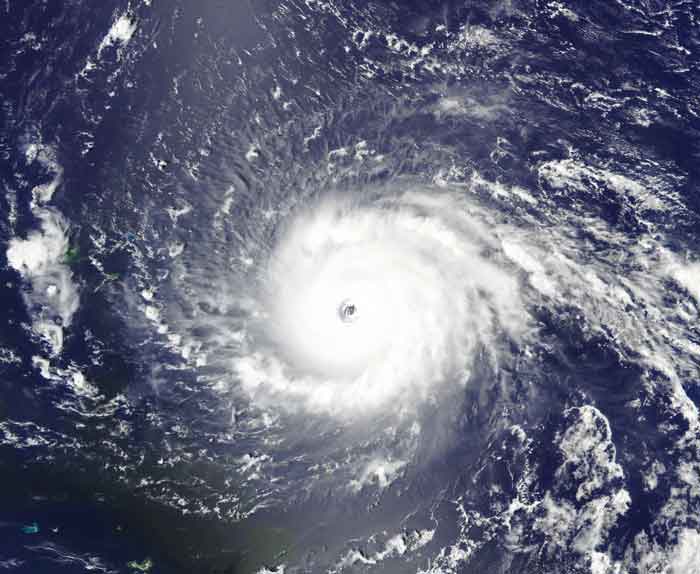 Hurricane is an extreme form of weather in which winds circulate at very high speed – sometimes called rapidly circulating or rotating winds. Winds in the hurricane circulate at a speed of 70 to 200 miles per hours and last for many days or weeks. It is also accompanied by heavy rain and loud thunders.

Hurricane has several names throughout the world, but its scientific name is ‘tropical cyclone’. Americans call them hurricane and Indians most often use the word cyclone, but many Asians call them as a ‘typhoon’. Whatever name they are called with, they are all the same. 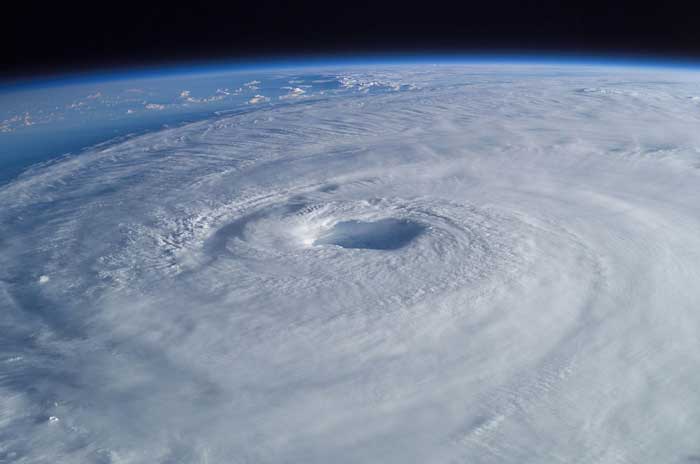 Hurricanes are formed when the warm surface of an ocean heats the air above it. The heated air rises upward in the atmosphere and causes the cold air to go down and become warm for rising again. This is a continual cycle that repeats and generates powerful thunderstorms. When a large number of thunderstorms are generated by the hot and cold air cycle, they start to spin with the rotation of our Earth and the wind speed grows. This all results in the formation of a hurricane.

Structure of a Hurricane

A hurricane has three main structures which are eye, eye wall, and rainbands. These are important structure in hurricanes of various diameters and heights.

Where Do Hurricanes Occur?

Hurricanes are mostly formed in tropical regions over the oceans where the surface temperature is high. It is because a successful hurricane requires a continuous warmth of the ocean to sustain its existence. Otherwise, many hurricanes start to build regularly but fall apart quickly before taking their shape. The frequency of hurricanes also depends on the locations of the tropical region. There are around 7 locations in the world where hurricanes are formed more frequently.