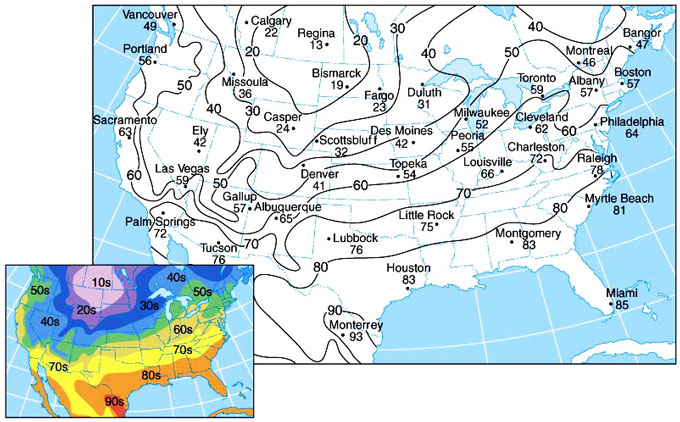 How Isotherm Are Drawn?

Isotherms are very helpful tools that make it easier to visualize the temperature distribution in a particular region. For example, if you want to plan a picnic and if you observe the isotherms of those regions, you will find areas with high and low temperatures. So, it will easier for you to pick the correct spot with a favorable temperature for your stay.