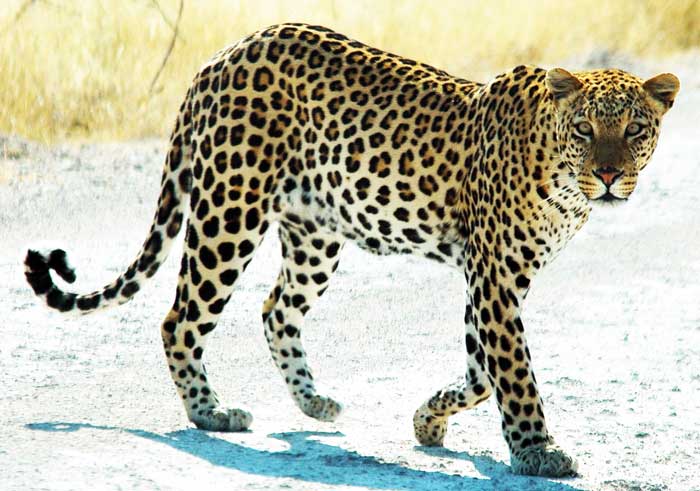 Leopards are one of the big wildcats; bigger than cheetah but smaller than jaguar and lion. A leopard (Panthera Pardus) belong to Genus Panthera, and the Family is Felidae. They have a close resemblance to cheetahs and tigers. They have fur on their skin which helps them to mingle with the environment so that they are not easily visible to other animals. 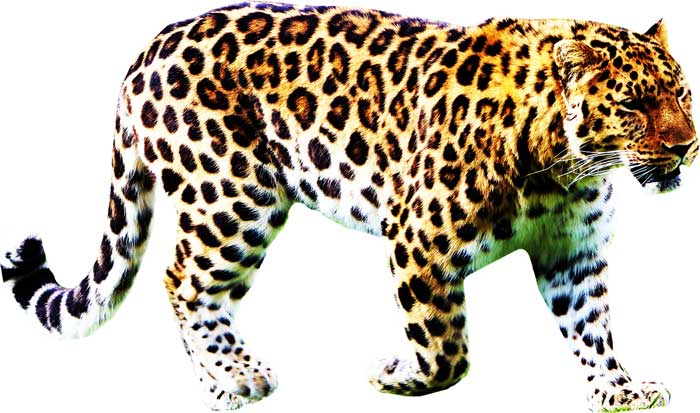 Leopards have a powerful muscular body, paws, and strong jaws which makes them a good predator. They have relatively shorter legs and a bigger head as compared to cheetahs. But they can run at a speed 60 km/h when chasing its prey. Each member of their species has distinct and unique dark spots patterns on their skin. Moreover, the pattern depends on what areas the animal resides. The color of their skin and hair ranges from pale yellowish to dark golden. But the color of their belly is whitish.

They have a long tail that measures around 2 to 3 feet and is covered with rings. They have long whiskers (straight hairs) between their nose and upper lips. They have small and rounded pair of ears with certain spots and rounded eyes. Also, their eyes shine brightly during night-time. Although they are much similar to lions and other cats, their skull differs from lions. In general, male leopards are much larger than female leopards. 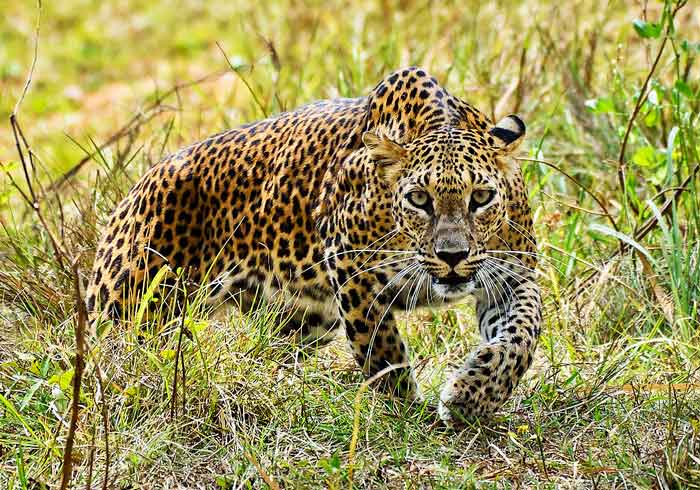 Different species of leopards live in different types of habitats according to their geographical locations. However, they normally prefer rainforests and savannas because these habitats provide them with good hideouts and other benefits. They are also found in the regions of temperate forests, woodlands, and deserts.

There are populations of leopards in Africa, the Middle East, India, Nepal, China, Malaysia, Vietnam, Thailand, and portions of Indonesia. Many of these regions have a widely distributed population of leopards but their number is declining. In general, leopards prefer to stay away from human settlements. But due to deforestation, many times they are found close to the human population.

Leopards are carnivores that catch prey of small and medium-size. Also, they can even consume other carnivorous animals. In general, they hunt and eat animals such as rodents, snakes, deer, and monkeys. After killing their prey, they drag it on trees so that they can eat their prey without any potential harm from other predators. Moreover, they also hide their hunted prey on the heights of trees for future use and make sure that no one will steal them. 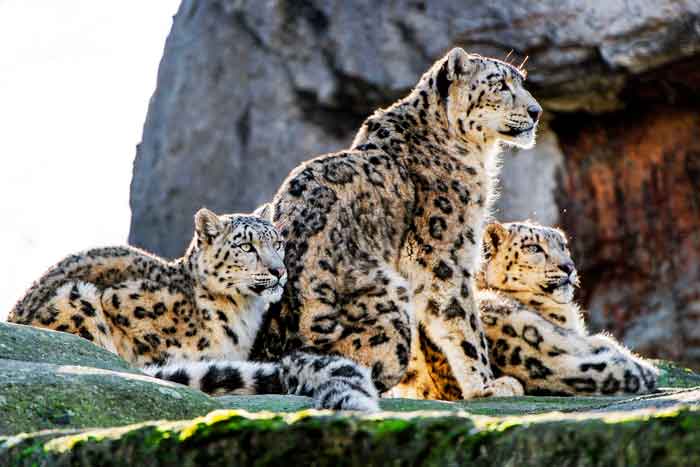 Adult leopards prefer to live and hunt alone. However, they can associate with female leopards only during breeding months. Female leopards, on the other hand, take care of their cubs (offsprings) for long enough until they can live on their own.

Leopards are capable of making various patterns of roaring, such as growls, meows, and purrs. In addition to various sounds, they can make use of their ears and tail-ends to communicate with other leopards. They are mainly active during night-time for hunting activities. They can swiftly climb trees with the help of their strong paws. Many times they even rest on strong branches of trees in the forest. Moreover, they are known for their stealthy (undetectable) approach towards their target.