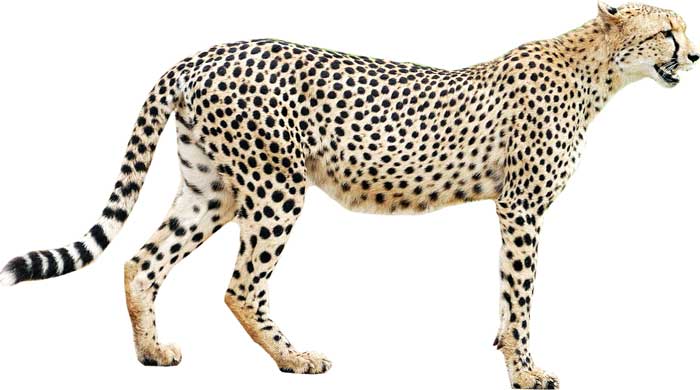 Cheetahs are the fastest land mammal on the earth and have an acceleration of 0 to 96 km/h (60 mph) in just 3 seconds. Their top speed is 113 km/h (70 mph). Cheetahs have evolved to such a degree that allows them to maximize their speed.

How Do Cheetahs Run So Fast? 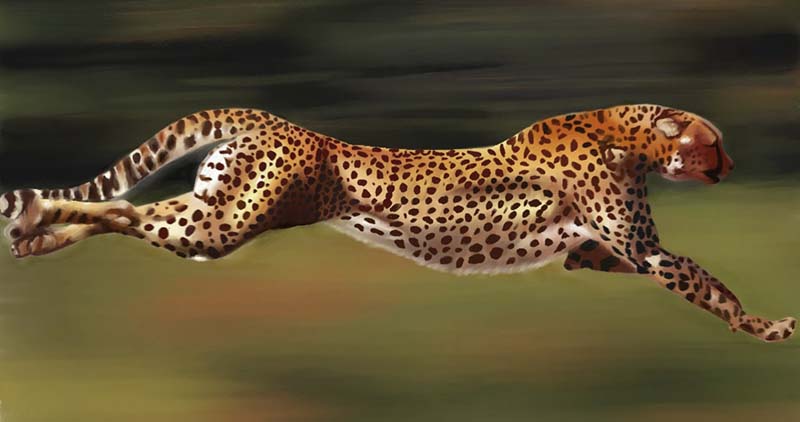 They have enlarged Lungs, nostrils and a heart within their bodies to give more oxygen and blood to their muscles. Their body frame is small, lightweight and very aerodynamic combined which is combined with their long legs, flexible spines, and loose hips. All of these adaptions are perfect for their enormous accelerations and speed. When running at full speed, a cheetah can cover a distance of 7 meters in one stride.

Running at a top speed of 113 km/h takes a lot of energy. Due to this reason, a cheetah can maintain this speed for only a short period of time – about 30 seconds. This limiting factor keeps the cheetahs from lengthy chases. So, they try to come as close as possible to their prey before chasing to maximize their chance of a successful hunt. 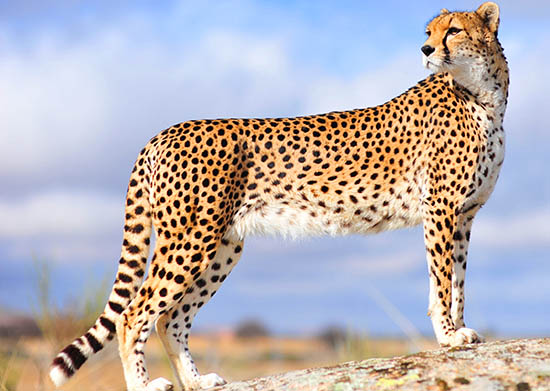 The skin of the cheetah is yellowish in color and is covered with a lot of black spots. They get the advantage of their skin color and spots as it allows them to become camouflaged with their surroundings. The overall body of a cheetah is thinner than leopards and jaguars.

Cheetahs are sometimes confused with leopards due to their appearance. They are distinguished from leopards with their tear-stained black marks directly running from their eyes to the mouth. Also, cheetahs can’t roar like lions but can only chirp and purr like common household cats. 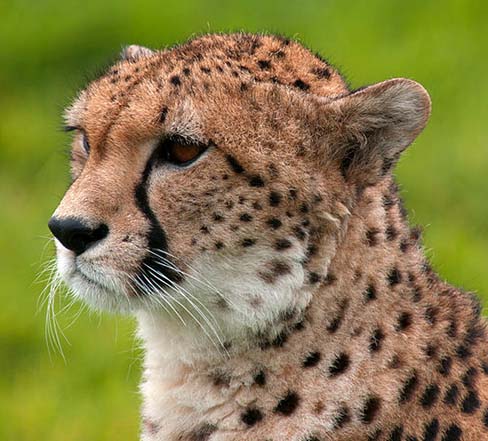 Cheetahs are categorized as carnivore animals – means they can only eat meat. When they go for a hunt, they are camouflaged in trees and grasses before starting a chase against their prey. When they get the opportunity to come close to their prey, they burst out of grasses and catch their prey. They usually choke their prey from the neck with their bite. After then, they drag the prey to a suitable hiding spot to save it from being stolen by another predator e.g. lions and leopards. 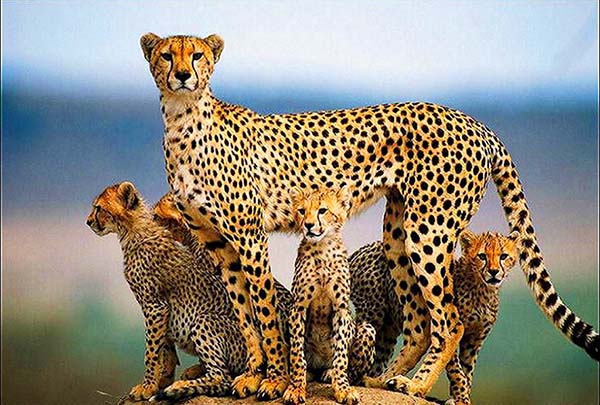 The largest number of cheetahs live in the African continent and prefer to live near open lands rich in grasses. The advantage of living near rich grasses is that they can easily find their prey for food.

Cheetah’s physical structure is lightweight and very thin, which leaves them defenseless against lions and tigers. Due to these facts and human-caused illegal hunting, the number of cheetahs is decreasing which made them endangered species in many African nations.