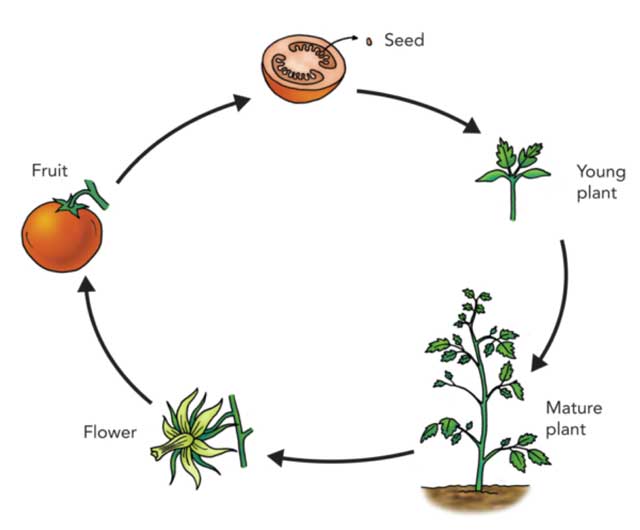 Lifecycle is a continuous process that describes how a living thing starts its life, grows to maturity, reproduces, and dies. All living things including plants have specific lifecycle which keeps their species alive.

What is Plant Life Cycle?

Plants are living things, they grow and reproduce like any other living thing. They follow a cyclic process of starting a new life, growing, and then coming back to the starting stage (reproducing). Plants start their life from seed and grow up to become mature plants.

Most of the plants start their life as a seed. The seed is buried in the ground by various methods where it germinates and the first leaves of the plant start to appear called seedling. After that, further growth starts and the plants reaches maturity where it pollinates and gives seeds so that its species continue to survive by starting the life cycle again.

The life cycle of plants can be broken into 5 main stages which are:

Seeds are much like babies of animals. Seeds contain the embryo of the plants with necessary food and an outer coating for protection.

The seeds are dispersed across the land in many ways, such as moving water, wind, animals, and humans. When they fall on the rich soil with necessary things, such as water and the right temperature, they germinate and start their journey of life.

When the conditions in the soil are just right, the seed germinates. First, it breaks the outer coating and begins growing its first roots and leaves.

When the first sign of life from a seed appears out of the soil, it is called a seedling. As soon as the roots and leaves appear, they start their work, i.e. roots absorb water and nutrients, and leaves make food by photosynthesis.

The seedling continues to grow until it reaches its full maturity. The plant needs many necessary things during its growth (see how plants grow?).

When plants become mature, they have to get stronger roots and an increased number of branches and leaves. At this stage, they are ready to make flowers and new seeds. 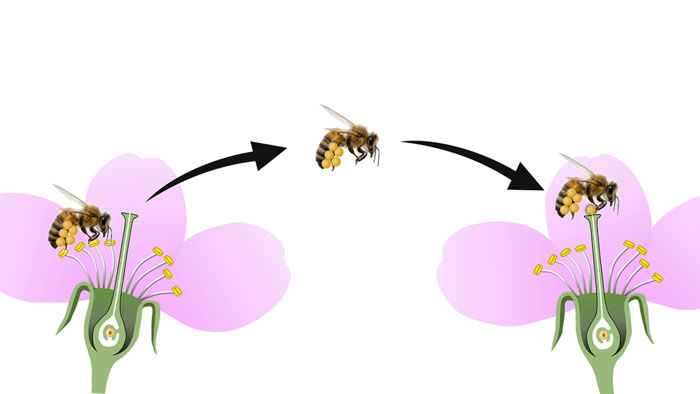 When plants become mature, they start to make flowers. A flower contains male and female parts; the male part is called a stamen, and the female part is called a pistil. The pollen is produced in the stamen part and needs to reach the pistil for the production of seeds. The pollen usually reaches to pistils by insects that land on flowers for sucking sweet fluids. When the pollen reaches the pistils, it fertilizes the cells inside it and produces seeds.

There are many plants whose male and female parts are separated very far away. In this case, winds and insects play a very important role in pollination. Winds usually carry pollen along with them which often reach to female parts. On the other hand, Insects go from one plant to other for drinking sweets fluids. When they enter a flower, pollen sticks to their bodies and is carried to female parts when they land on that part of the plant. 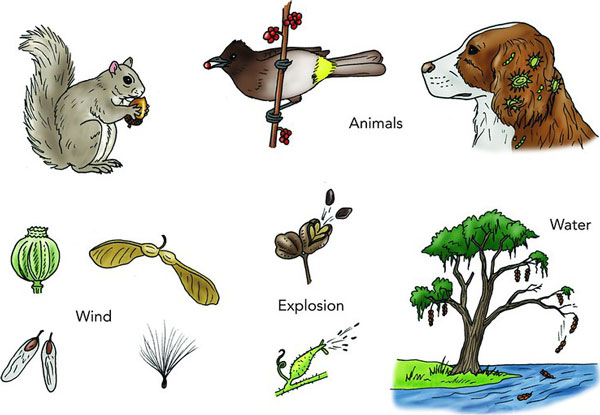 After the production of seeds, the plants need a way to disperse these seeds to favorable places where they can germinate and start their life cycle. Most of the time, nature does the job of dispersion for the plants through winds, moving water, and animals. But there are also plants whose seeds are surrounded by fibers that help them to glide in the air upon falling from the plant. During their glide, they reach very far distances and start their life away from their parent plants.

What about Seedless Plants?

You may be thinking that all the plants are grown from seeds, but it is not true! Many plants don’t produce the flowers and seeds to reproduce. Instead, they grow from the spores of their parent plants. Spores are the part of plants or their remainings. New plants are produced from the spores and continue to grow.