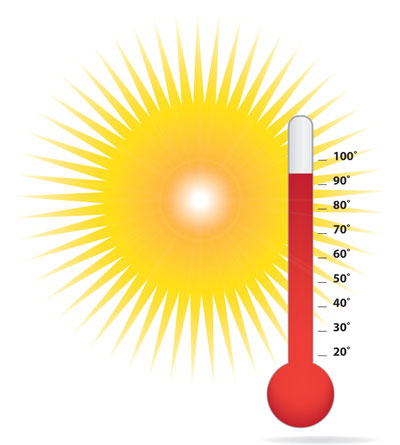 In our everyday life, we tell the hotness and coldness of different substances and weather in terms of temperature. We also use temperature to find the severity of the fever. For example, our normal body temperature is 98 ⁰F. This temperature increases when we caught in the fever. We also set our oven and electric stoves at a certain temperature to cook food.

How temperature is measured?

Temperature is measured with a device called thermometer. Thermometer works on the principle that, when the temperature of a substance rises they expands.

Some materials, like mercury and alcohol expands more. So, they are used in the thermometers. However, electronic and infrared thermometers are also developed. They use special sensors to measures the temperature instead of mercury or alcohol.

There are various units to measure the temperature of a substance. These units are Celsius, Fahrenheit, kelvin, and Rankine.

TopTenScience.com
We use cookies for the improvement of user experience. You are giving permission to use our cookies by using this site. Find out more.