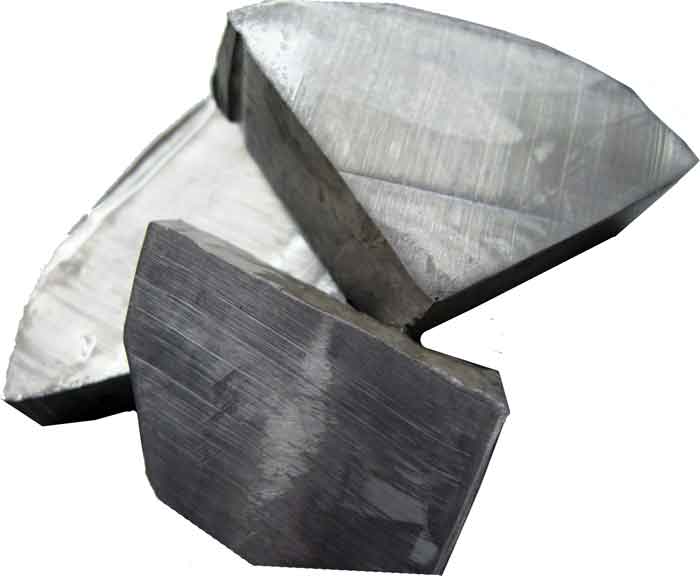 Sodium is a metallic element which belongs to the alkali group in the periodic table. It is one of the most known metal due to compound, sodium chloride, which is common table salt that we use in our food. It is silvery white in color and has an atomic number of 11.

Sodium is a highly reactive element that readily reacts with moisture in the atmosphere. If pure sodium metal comes in contact with skin, it will burn the skin because it readily reacts with moisture in the skin. Furthermore, if a bar of sodium metal is thrown in a water pool, the reaction will be so fast that explosion may occur. Sodium is also a very soft metal and can be sliced easily with a knife, much like butter.

Here are a few more characteristics and properties of sodium:

Most of the sodium is directly used in its compounds such as table salt, baking soda, and other compounds. We require sodium chloride (table salt) regularly for our body to function properly. Sodium chloride is also used in a large quantity for de-icing the roads, anti-icing, and for preserving. Another commonly used compound of sodium is sodium bicarbonate (baking soda). It is used in the cooking of various dishes such as cakes, bread, and pancakes. Moreover, sodium hydroxide (NaOH) is a strong alkali which is also used to make soaps and washing powders.

Sodium is also used in its metallic form in many industries and products. But, most of the sodium metal is used to produce sodium azide, sodium borohydride, and indigo. There are many batteries under development that use sodium compounds for charging and recharging.

The compounds of sodium, such as sodium chloride, were already in use by people since ancient times. But sodium in its elemental form was not recognized until Sir Humphry Davy isolated it in 1807 by electrolysis. The abbreviation of sodium, Na, was derived from a Latin word natrium by Jakob Berzelius in 1814.