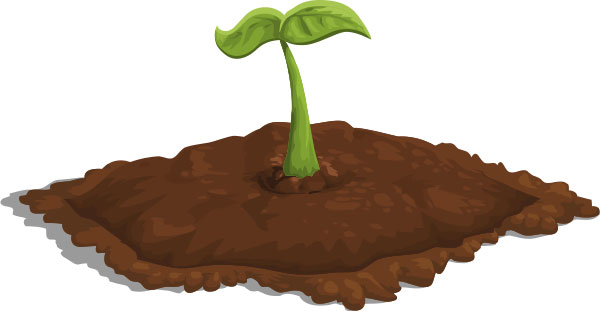 Soil is one of the important layers of our Earth’s crust on which plants grow. Soil is different from plain clay or sand surface. Soil is a biologically active top layer of the crust which in itself forms an ecosystem. The ecosystem of soil is where plants, insects, bacteria, fungi, and animals interact. Soil is the nutritiously rich crust that supports plant growth. 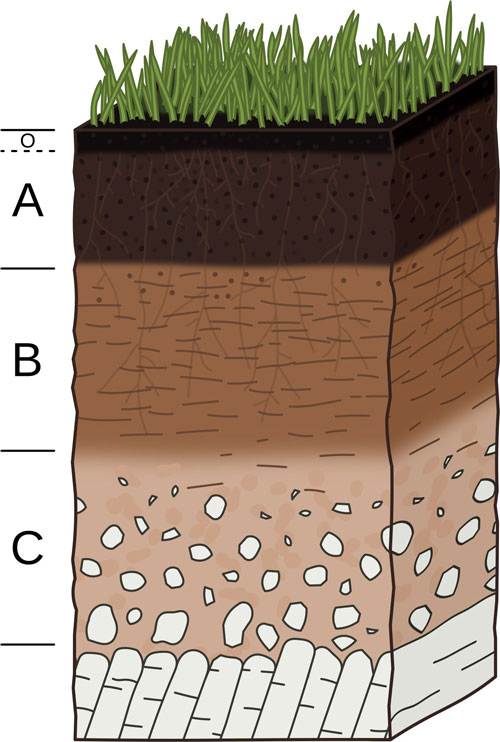 Soil is a mixture of a large variety of materials which include sand, clay, organic matter, silt, gases, water, and various minerals. These soil materials change from one region to another and also depend on the type of soil. Most of the time, soil contains around 50% solids, 50% water, and gases together.

Furthermore, the soil is composed of multiple layers which are called horizons. There are 3 horizons called A, B, and C.

Horizon A – This layer is dark in color due to the high level of organic matter and minerals. It is the layer where plants first start to grow. A good and thick horizon layer boosts the growth of plants.

Horizon B – It mostly consists of clay and sand along with some organic matter. Horizon A and B are mixed such that there is no sharp boundary between the two.

Horizon C – In this layer mostly large objects, such as stones, along with the mix of clay or sand are found.

How Soil is Formed?

Good soil is formed in thousands of years when proper layering of rocks, clay, and organic matter starts. The clay and sand are usually dragged by water which places them in distinct layers. Heavy rainfall usually brings organic matter including fallen trees, smaller plants, and dead bodies of animals. This organic matter is disintegrated by physical, chemical, and biological processes and mixed with clay beneath them. The upper soil layer becomes dark in texture over time and new plants are grown on them.

How Soil Can Die?

Soil is not just dirt, so many living creatures along with various physical, chemical, and biological processes make soil alive. A living soil means it is excellent for the growth of plants. There are various events in which a soil can become dead, which means, it loses the properties of supporting plants. For example, one of the main causes of dead soil is deforestation. When trees and other deep-rooted plants are destroyed, the natural cycle that renews soil is also destroyed.

The other cause that disturbs the health of the soil is heavy rainfall which washes away the top organic-rich layer of soil. This usually happens when trees are destroyed for agricultural purposes. The deep-rooted trees slow down the water flow and keep the soil from washing away. The crops alone are not able to hold the pressure of rainwater flow.