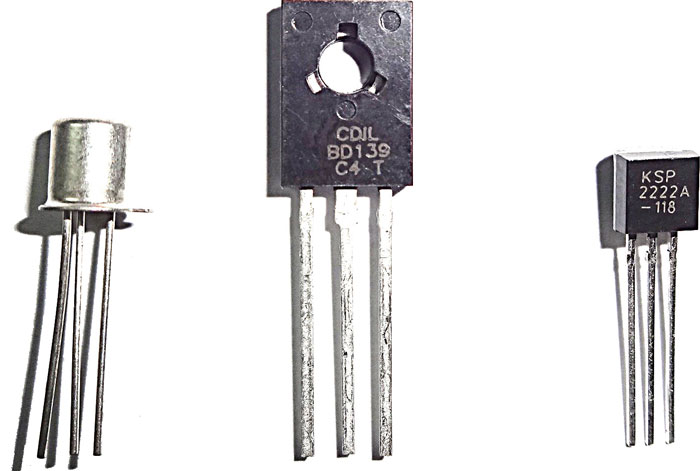 A transistor is a semiconductor device. Its invention led to the rapid rise in digital electronics. They process the signals very fast and are used in the amplification of signals and switching (On and OFF). Transistors are used in computers, game processors, mobile phones, tablets, television, microwave oven, and almost all electronics. From the internet to common household gadgets, everything contains transistors.

What is a Transistor? 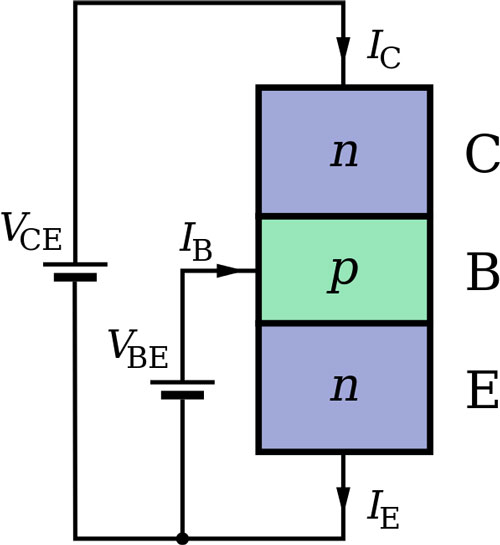 A common transistor consists of three blocks or layers of semiconductors (NPN or PNP) and has 3 pins. The pins of a common transistor are Base (connected to middle layer), Collector (the upper layer), and Emitter (the lower layer).

We will take NPN transistor to understand the brief concept behind the working of a transistor.

For a detailed understanding of transistor’s working goto: https://www.explainthatstuff.com/howtransistorswork.html

It is mostly used to amplify or process the electrical signal. Some of the most common applications of a transistor are:

Transistor was invented by a team of three scientists at the Bell Laboratory in the USA in 1947. These scientists were William Shockley, John Bardeen, and Walter Brattain. After 10 years, Jack Kilby, a Texas Instruments fellow worked on transistors and progressed by building an integrated circuit (IC) in 1959. Furthermore, the same was done by Noyce at Fairchild Semiconductor, USA.

During the 1950s and 1960s, early computers and games were developed. With the arrival of more complex ICs, Apple and Microsoft produced their first computers in the 1970s. Based on millions of transistors in a single processor chip, Sony introduced the Playstation game in 1994, and Nokia introduced the mobile phone. In short, the transistor became a building block of digital technology.