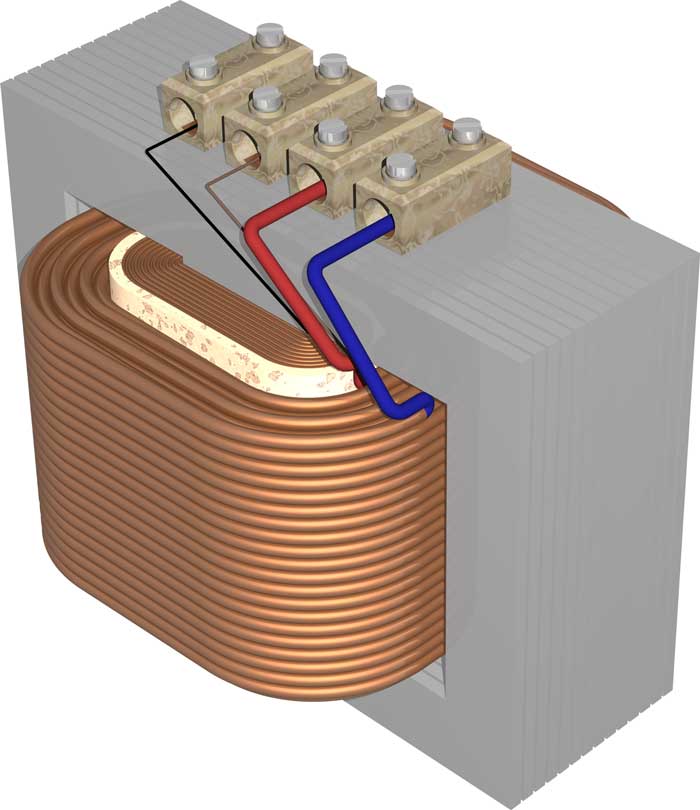 Transformers are one of the most important electrical machines that you may be familiar with. They can be observed on poles that distribute electricity to houses and building in many nations. But in developed nations and densely populated cities, it is very hard to find them on local poles because they are buried in the ground. Let’s learn about these amazing machines.

Transformers are the electrical machines that are used to change the AC voltage, like in your power sockets, from one level to another. For example, if there is 220 volts (AC) in a power line and it needs to be converted into 110 volts (AC) then transformer will be used. Transformers can also be used to increase the voltage level (e.g. 110 volts to 220 volts). 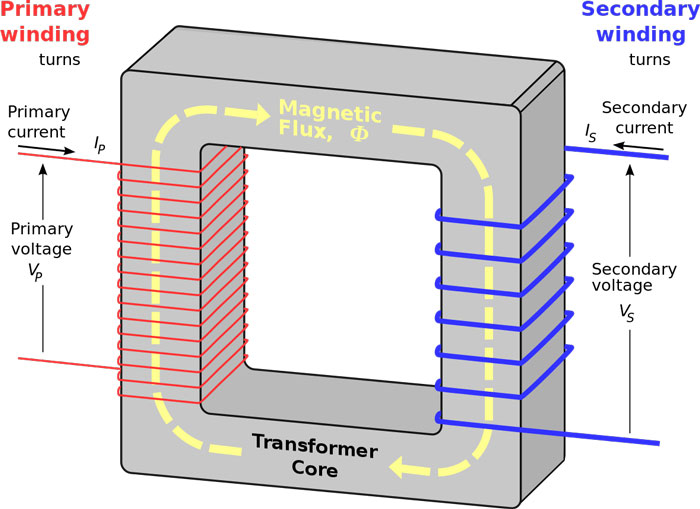 For more information on magnetism, and to learn more about voltage, current, and resistance click here.

So, how much voltage will be produced in secondary winding? Find out by reading turn ratio of transformers. 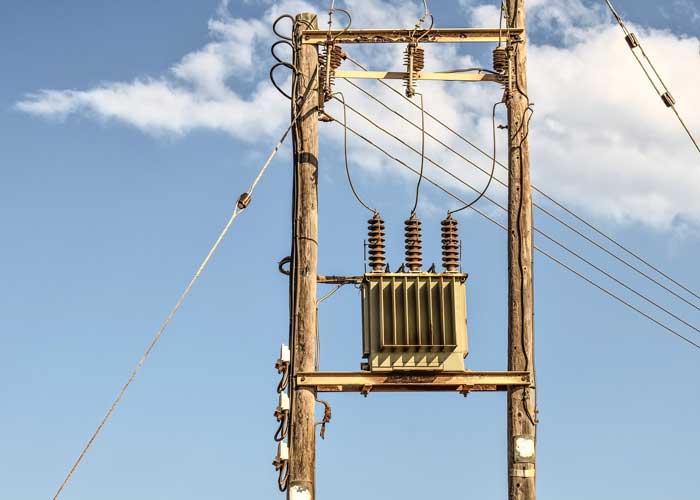 Today, power companies increasing the voltage (AC) on the conductors to transmit the electricity to large distances. When the electricity reaches to its consumers, for example to your house, it’s voltage is decreased (i.e. 220 volts or 110 volts) so that you can use it. Actually, there are a lot of transformers on the way, but the main purpose is same.

Here are a few more common uses of transformers: