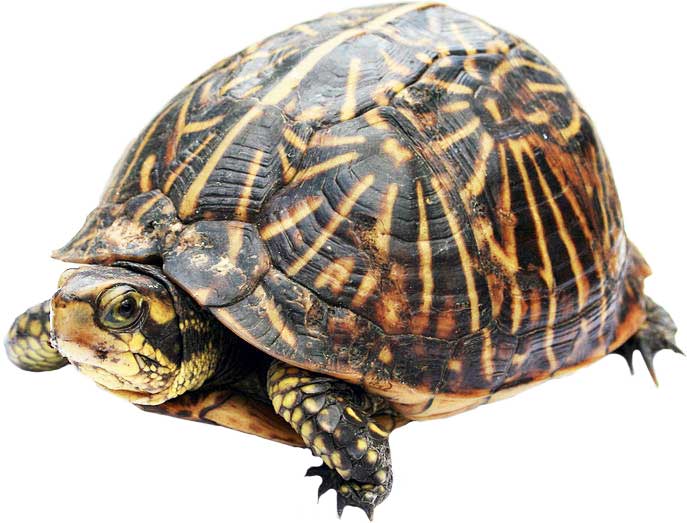 The turtles are the oldest reptiles of their kind and are very famous among kids and teens. One of the main reasons behind their fame is due to the production of cartoon series and movies, titled “Teenage Mutant Ninja Turtles”.

Scientific findings suggest that the existence of turtles can be traced back to 200 million years in the past. They are known to move very slowly, but have can also move faster. Moreover, they are identified by their protective hard shell which is made up of bony and cartilage structures. Turtle can hide their head and legs inside its hard shell for safety purposes. 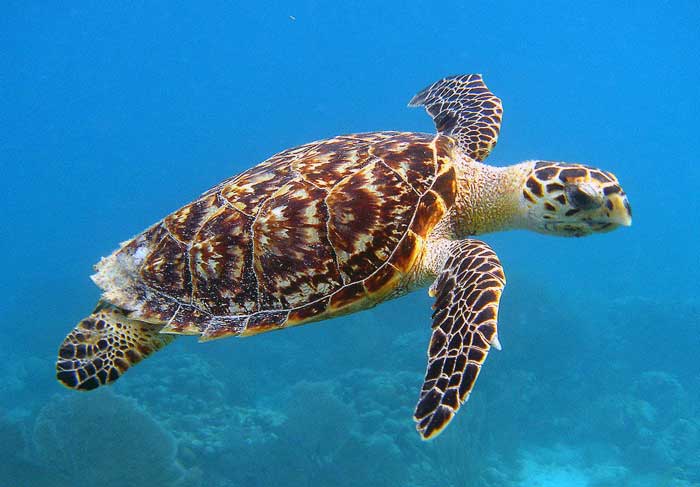 They look quite strange because these creatures possess a very hard shell that covers almost their entire body. One can only see their short four legs and a short neck with head, eyes, and mouth while they are moving slowly.

The shell of turtles is a masterpiece of bony and cartilage structures. Moreover, their shells keep on growing according to their size. However, they are unable to get removed from their shells. The shell remains as their body part through their life.

Present-day turtles do not have real teeth (bony teeth) in their mouth. However, they have false teeth (keratin teeth) that are formed by keratin sheaths. But, they can use their keratin teeth to cut their prey into pieces. 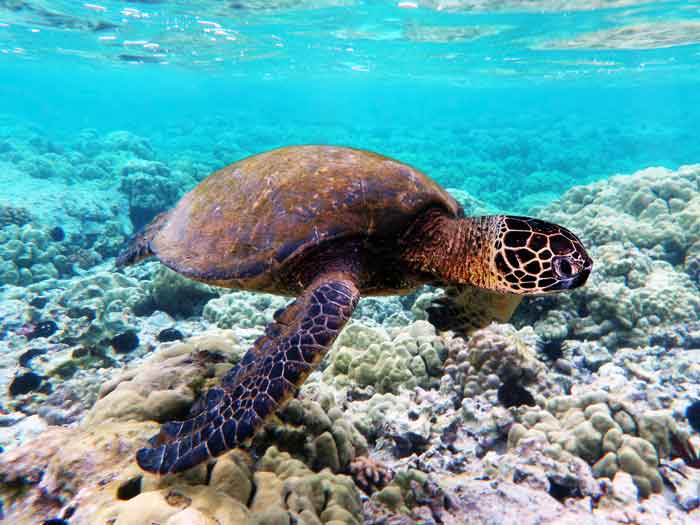 Surprisingly, turtles can dwell in a wide variety of habitats. But a vast majority of them have been observed in the southern and eastern parts of North America, as well as in Southern Asia. Many of them lead an amphibious lifestyle; they can dwell both on land and water. Their dwelling places include ponds, swamps and marshes, lakes, rivers, and oceans. Furthermore, a sizeable number of turtle species is terrestrial (living on land).

In addition to this, the routine of each species at different habitats is different. Some species choose freshwater environments as their habitat, whereas, others can dwell in saltwater. Many turtles are also found at river mouths and coastal waters.

Different species of turtles take different diets according to their habitats and availability of food. For example, some species are omnivores; they are able to eat both meat and vegetative materials, e.g. jellyfish, sponges, and sea plants. Whereas, other species are carnivores and eat only other sea animals, such as shrimps, fishes, crabs, and different types of mollusks (i.e. snails, octopuses, oysters, and cuttlefish).

In general, turtles dwelling in oceans live alone by themselves. However, sometimes members of some species have been found living close to one another. In some other cases, turtles head their way to nesting sites together for laying eggs. Once their newborns become capable to reach water, the mother turtles once again prefer living solo-life. Mating season is yet another time that brings turtles together.

If enough space is available, they might also form groups. Usually, they interact with one another on the basis of one another’s needs. Moreover, they also enjoy relaxing in the sunshine in a close company. Sometimes, they also lie over one another to form a stack.

In a recent report published by the IUCN (International Union for Conservation of Nature), many turtle species have become vulnerable, endangered, and critically endangered. They are also facing threats in terms of loss of habitat, illegal trade, and due to some other human activities.