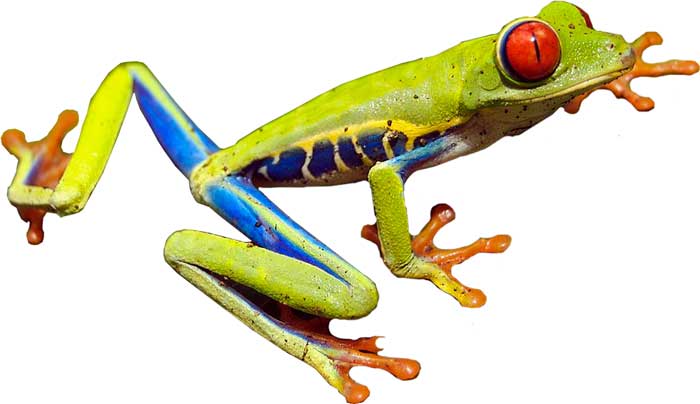 Frogs are small and commonly found animals with stout bodies and having no tail. They live an amphibian life (that is, they partly stay on land and partly in water). They belong to order Anura and the family Ranidae. In the old Greek language, the meaning of Anura is tail-less. However, some species of frogs were found to have tails.

Frogs have been living very long ago; dating back to 265 million years according to some scientific estimates. Some frogs are called toads, but this nomenclature is not based on strictly scientific principles. In some human societies, frogs are consumed as food. Whiles others have attached religious importance to them. 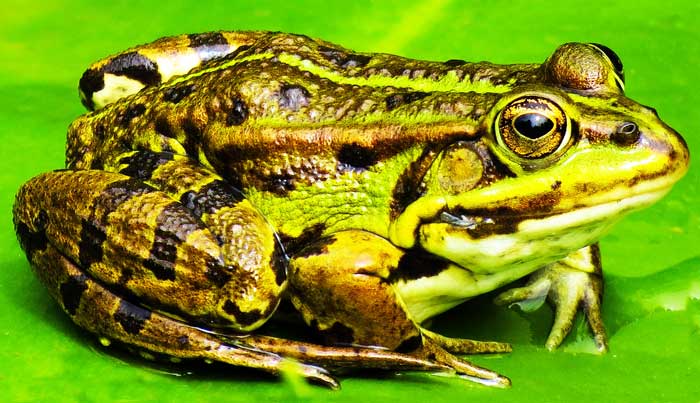 Frogs have great diversity within their order and family. Adult frogs possess a stronger body which helps them jump longer. Their eyes look like they are bulging outward. They have a long tongue in front of their mouth which help them catch their smaller prey.

They have strong fore and hind limbs which they keep folded. They a smooth and very slim skin due to mucus and special glands under their skin. The glands help them to change the colors of their skin with various patterns for camouflage.

Frogs have back feet that are webbed in shape and allow them to swim and leap underwater. The head of frogs is directly fused with their body without any visible neck. In most cases, an average-sized male frog is smaller than an average-sized female frog. 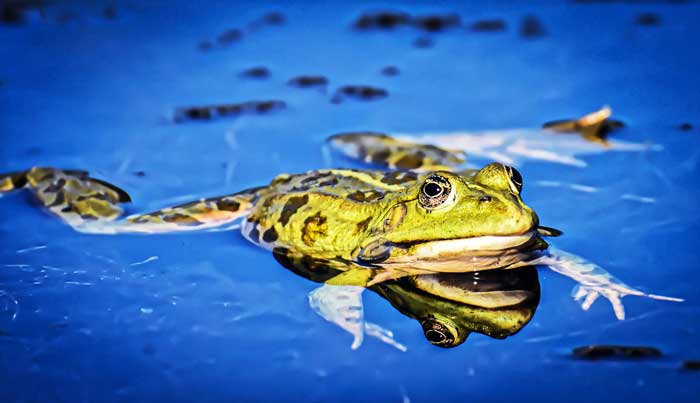 Frogs are abundantly found in tropic (near the equator) and sub-arctic regions. In general, frogs are in most of the countries. However, they don’t choose distant islands that are away from the mainland as their habitat. Due to their great diversity, their habitats also vary greatly. Some of the habitats that frogs choose are around the lakes, ponds, wetlands, canals, woodlands, parks, gardens, and arid (dry) areas such as sand dunes.

Some Australian species stay underground and hibernate with special mechanisms to pass the times of hot and dry weather. After rainfall, they show up from their hideouts and start various activities of their life.

The Wood-frogs and some other species prefer to hibernate (long sleep and minimal activities) during winter. They prevent them from total freeze by using the glucose stored in their body. Some frogs also found to live in dry and hot climate areas like deserts. These frogs have suitably adapted to live in harsh conditions.

The diet of frogs depends on various factors, such as size, species, and habitat. They can catch prey, such as insects and bugs, which live around their habitat. They usually eat ants, bees, flies, mosquitoes, grasshoppers, and cricket. Larger species of frogs may even kill and eat other smaller frogs, lizards, and small mice as their food. 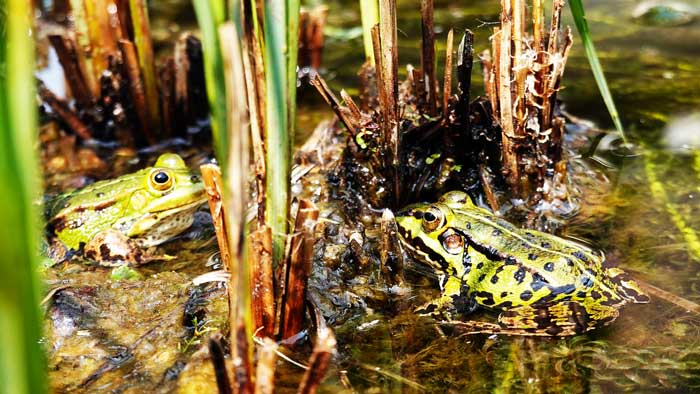 It is difficult to specify one general behavior for frogs as they have more than 70,000 species with different choices of foods, catching prey, and a large variety of social behaviors. However, most of them lead an individual and independent life. But in certain seasons, they show an association with other members of their species and to some extent, they also form congregations (groups).

A study report published in 2006 roughly estimated that 1536 species of frogs were found to face the threat of extinction. The study, however, did not cover all the species of frogs. From the 1950s and onwards, a large number of frog species are in danger of their survival. It is due to the loss of habits and other environmental hazards created by man are destroying the frog population and their food sources.