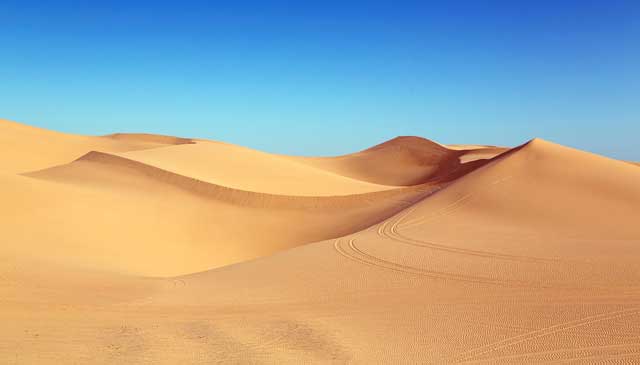 When the word “desert” come into our minds, we usually think of it as a place which is hot, dry, and covered with sand and cactus plants. But it not always true, some deserts around the world have a cold climate.

Deserts are the regions of the earth that get very low rainfall annually. As a result, their land is so dry that only a few species of animals and plants can survive there i.e. cactus plant. Deserts are not completely useless places, they play important role in the climate of the earth.

Deserts are the driest regions on the earth, but they can be classified into two types; hot deserts and cold deserts.

Hot deserts have a high annual average temperature. The highest temperature occurs in the summer months. Also, the high-temperature results into a higher rate of evaporation, which makes them drier than cold deserts. The winds in hot deserts are usually strong and skies are clear. 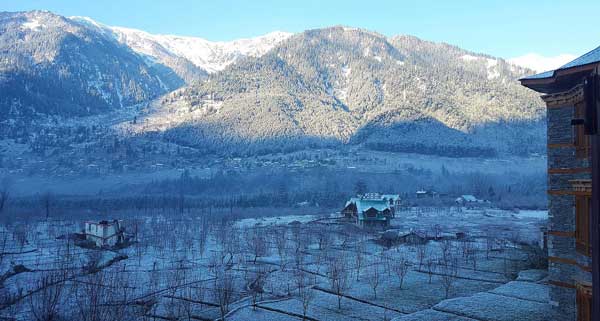 Cold deserts have cold temperatures throughout the year and are sometimes called “temperate deserts”. They have dry air, mild-to-strong winds, and very little precipitation due to lack of moisture in the air. A type of cold deserts is called “polar deserts”. The polar deserts have a very cold temperature. They have very little precipitation which usually happens as snow.

Storms in the Deserts 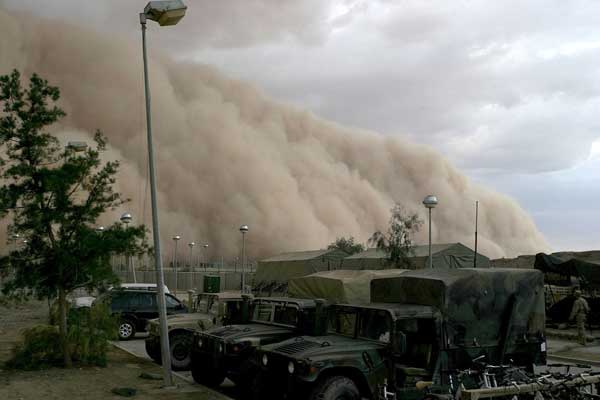 Deserts receive many kinds of storms due to high wind speeds. The most probable storm is the dust storm, while the less frequent storm is a sandstorm.

Dust storm happens when the strong winds take very fine particle from the ground and lift them up to a height of 6 km. Due to dust storms, the visibility of the surroundings is reduced which may remain for days. As a result, the days become very dark like nights at the ground.

Sand storms happen when very strong winds can lift heavy particles of sand. They occur less frequently due to insufficient wind speeds. They differ from dust storms because the particle size of dust is very small as compared to a grain of sand. In this storm, the grains of sand can become electrically charged. When these charged sand grains discharge they produce very bright sparks.

Deserts are very rich in minerals. Many countries are extracting those useful minerals from their deserts. The minerals found in the deserts are very concentrated in mineral deposits. These deposits are formed by some geological activities. For examples, during rainfalls when temporary lakes are formed, they carry along minerals with them. When water evaporates they leave behind the concentrated deposits of minerals that can be extracted. Some mineral deposits that are caused by evaporation are sodium nitrate, gypsum, and sodium chloride.