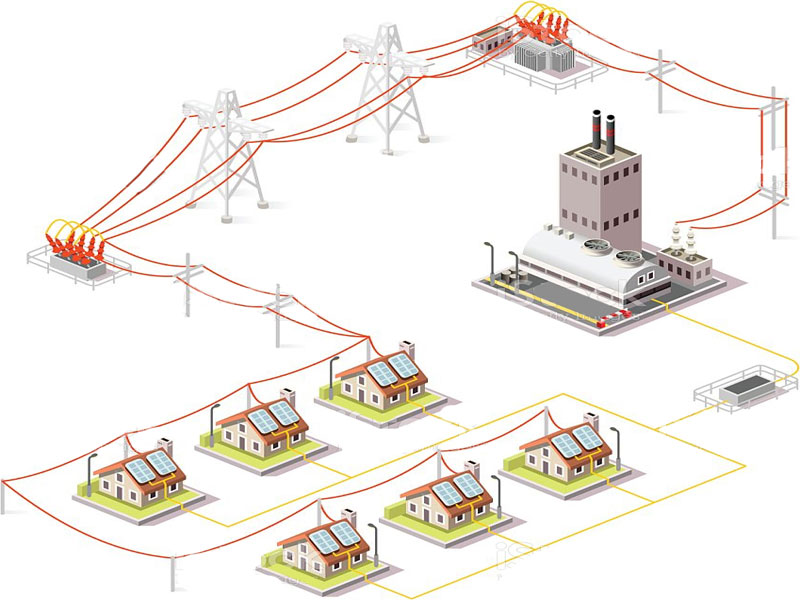 What is a Grid Station?

An electrical grid station the combination of different electrical equipment to control the electrical power and its supply. It contains transformers, cables, control systems, and many other types of equipment.

The main task of a grid station is to transfer the electricity to very far distances where the users are located. They also interconnect all the power plants of a country so that if one power plant fails, you still receive the electricity uninterrupted.

There are mainly 3 types of electrical grid stations.

Micro-Grid Station – A microgrid covers a small area or local community. It takes electricity from the main grid. But in case of electricity failure, it goes to the island mode. In this mode, it can run on the electricity produced from local sources like solar or wind.

National Grid Station – National grid covers large regions across a country. This type of grid station connects microgrids with national grids or grids over a continent. Therefore, their power carrying capacity is huge. In Europe, a national grid transmits 660 Giga Watts of electricity. The electricity transmission is done on High Voltage Alternate Current (HVAC) among national grids at longer distances. These grids have a usual voltage of 500,000 volts or more. Compare this with your household voltage that is 110/220 volts!

Super Grid Station – A super grid station is also known as a mega grid station. Unlike regional grids, the super grids transmit the power in High Voltage Direct Current (HVDC). Due to this, a very small amount of power is lost on long distances. Central Asia South Asia (CASA-1000) is the type of mega grid that connects two Asian blocks.

How Do Grid Stations Work? 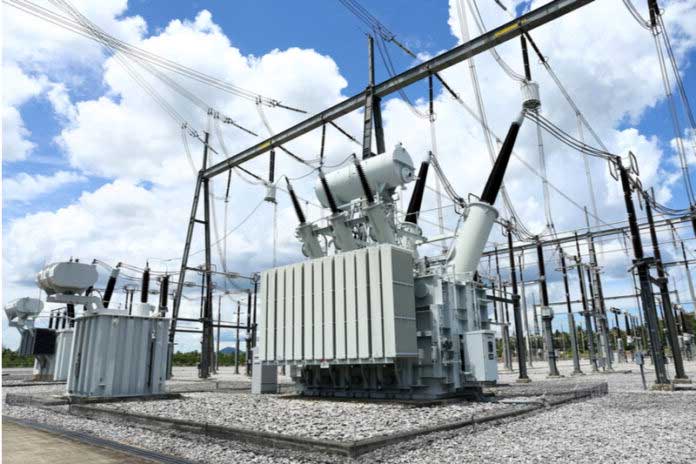 Grid stations operate on very high voltages to transmit electrical power. The reason behind increase the voltage level is to decrease the power loss in transmitting electricity to large distances. The electric power loss is mainly due to the amount of electric current. By increasing the voltage level, we can reduce the amount of current required for transmitting the same amount of power. Check out our article on voltage, current, and resistance. The voltage level in the grid station is increased by the use of transformers to 66, 132, 220, and 500-kilo volts (1 kilo = 1000).

When the electricity is to be given to users like you and me, the voltage level is lowered to around 11,000 volts (11kV) that reach near our streets through underground cables or poles. For reducing the voltage from 11,000 volts to 110/220 volts, local transformers are used that reduce the voltage. Now we can use that electricity by connecting our home’s power lines to 110/220-volt cables.

Grid stations were first developed in the 1880s. New York City had a microgrid that supplied electricity in direct current form. But it faced huge power losses when the electricity was transmitted to long distances.

British electrical engineer Charles Merz built a central electric grid in 1901. It was located in the city of New Castle, England, and was named Neptune Bank Power Station.

The first national grid was developed in 1938 by England’s Central Electricity Board. It carried electricity at 132-kilo-volts and 50 Hertz frequency.

The USA and France followed England in electricity production and transmission by the use of grid stations in the 1920s. Since then huge progress has been done to modernize electricity grids with minimum waste and environment-friendly processes.