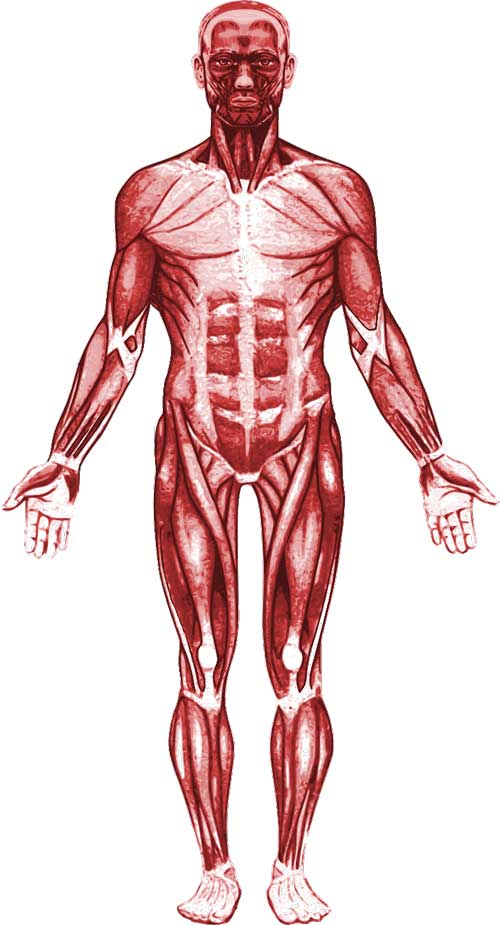 Animals and human can perform various kinds of movements due to the muscles in the body. Muscles are spread throughout the body and form their own system, called the muscular system, which allows the body to perform all the movement. You can consider the muscular system as an engine and the skeletal system as a chassis of the body.

Muscles are directly controlled by the brain which directs them to act in a way to perform the desired move. The heart in our bodies is also made of muscles, but it works on its own – without brain intervention. The human body contains around 650 muscles that cover the bones for performing movements. When a move is to be performed, our brain directs more than one muscle in series. 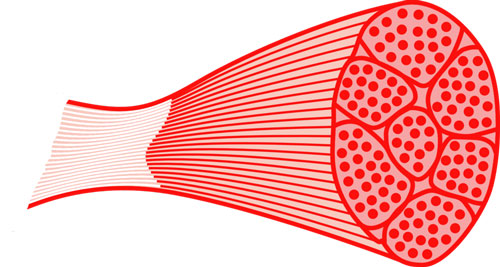 Muscles in our body works are made of cells which are long and thin. These cells are packed together to form a muscle. All the muscles in our body work by contracting themselves to give us pulling force, and relax when its pair muscle perform the pulling. The process of contraction and relaxation happens when muscle fibers receive messages from the brain through nerves. After receiving the message, certain types of chemicals are released into the muscles to perform the contraction.

The human body contains 3 types of muscle; Cardiac, skeletal, and smooth. These three types of muscles differ from each other according to the way they are used in the body.

Muscles of the human body are designed in such a way to grow bigger and become more strengthened as they do physical exercise. Exercising actually make microscopic ruptures in muscle tissues, which improve when the body heals to allow us to perform physical activities easier. But there is a catch, when a person doesn’t perform sufficient physical exercise, its muscles will start to shrink and become weaker. It is due to the genetics of humans which makes muscles weaker when their need is less. Because thinner muscles are more energy efficient as compared to big muscles.