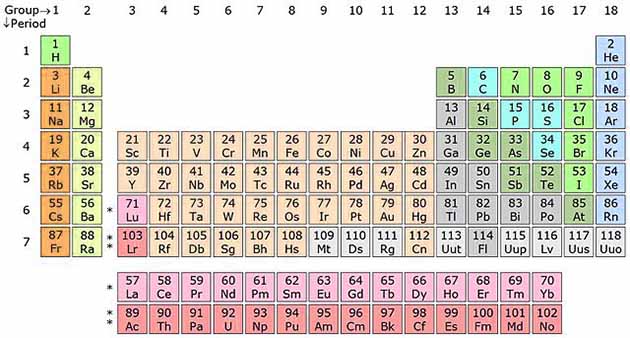 What is the Periodic table?

Chemists study these properties and have classified the elements in a table according to their properties. This table is called periodic table.

How are elements organized in the Periodic table?

A group is also called a family of elements. Elements in each column have the same number of valence electrons (outermost electrons). For example, Sodium and Potassium are in the group I, so they both have one valence electrons. Groups also show how an element will behave.

The periodic table has 7 periods, these are the horizontal rows. The atomic number of elements increase from left to right of the periods. With increasing atomic number their atomic radius also increases.

Check out the interactive periodic table to learn more about it