During night time, the sky is full of twinkling white stars that illuminate all night. The stars that you can during the night are a few light-years to millions of light-years away from the Earth. Our Sun is also a star and belongs to a group of smaller sized stars.

What is a Star? 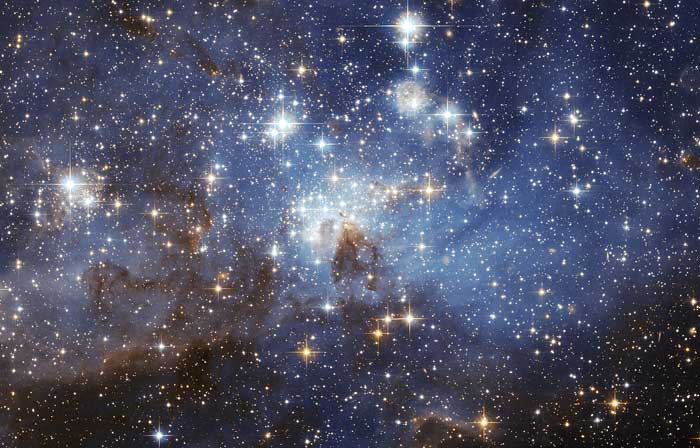 Stars are the giant balls of gas that burn very hot and bright that they become visible to us during the night. Most of the stars are made of hydrogen and helium gas. They stay brighter and hotter due to the nuclear fusion of hydrogen gas into helium.

There are several hundred billion stars in a galaxy, and there are around a few hundred billion galaxies that scientists have found in our universe. You may have noticed during the night time that stars twinkle; their brightness changes between dim and full. This is actually not the brightness of a star that dims or brightens, but it is due to the Earth’s atmospheric effects. 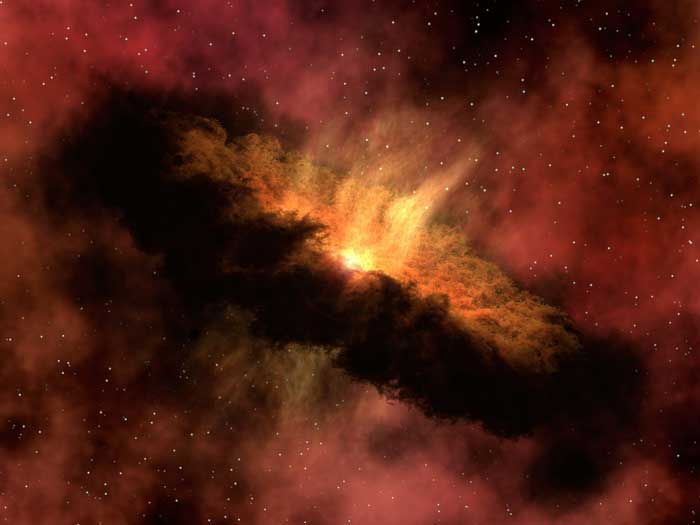 The formation of a star begins in a cloud of dust that mostly contains hydrogen and helium gases. The high-density regions of the cloud start to collapse and merge with each other due to their own gravitational force.

Due to collapsing, the density and temperature of that region increases; the center has the highest temperature. The material that collapses takes the shape of a sphere which is very hot, also called a protostar. The compression process continues in the protostar and its temperature and density gradually rise.

When the temperature of a protostar reaches around 1 million degrees Celsius, nuclear fusion starts and a new star is born. In nuclear fusion, hydrogen atoms fuse together to form a helium atom. The fusion of hydrogen into helium produces a large amount of energy that powers a star.

There are many types of stars according to their formation, size, and some other physical properties. But for simplicity, there are 3 main types of stars; giants, dwarfs, and neutron stars.

Giants Stars – Giant stars are the largest of all the types of stars and some of them can even grow to the size of our entire solar system. The lifespan of a giant star is less as compared to dwarf stars. It is because, due to the large size, they have tremendous pressure and temperature at the center. So, they consume fuel for nuclear fusion faster than the dwarf star.

Dwarfs Stars – Dwarfs are smaller stars and there are 3 types of dwarfs, which are brown dwarfs, white dwarfs, and yellow dwarfs. Among these three dwarfs, yellow dwarfs are larger and our Sun belongs to this category of stars. White dwarfs are smaller and are formed when a star crosses the red giant stage of its life. The last ones are brown dwarfs, they are simply failed stars that resemble mostly with gas giant planets, such as Jupiter.

Neutron Stars – Neutrons stars are very different from giants and dwarf stars. They are made of subatomic particles called neutrons. They have tremendous density but are very smaller in size. Neutron stars are roughly around 20 kilometers in diameter, but their weight is more than our Sun.

Birth Stage – In this state, the formation of a star begins until nuclear fusion starts.

Main Sequence Stage – This stage covers a large portion of a star’s life and the gradual consumption of hydrogen into helium continues. The main sequence stage begins after the birth stage is completed and ends when a star has consumed most of its nuclear fuel.

Red Giant Stage – When smaller and medium-sized stars consume its nuclear fuel (e.g. hydrogen), then they go to the red giant stage. In this stage, the core of the star collapses and its outer part expands.

White Dwarf Stage – A White dwarf is the remaining core of the star after it has passed the red giant stage. It is a dead star because no nuclear fusion occurs in it. But due to previous nuclear fusion, the white dwarf still has hot temperatures and emits light. The white dwarf slowly faints as its stored energy is radiated away with time.

Supernova – The death of large stars occurs very differently as compared to smaller stars. When a star consumes all of its nuclear fuel, it is collapsed under its own gravity and suddenly an explosion occurs. The explosion is so big that, it outshines the whole galaxy in which it lived. This explosion is called a supernova and is the biggest explosion in the universe known to humanity.