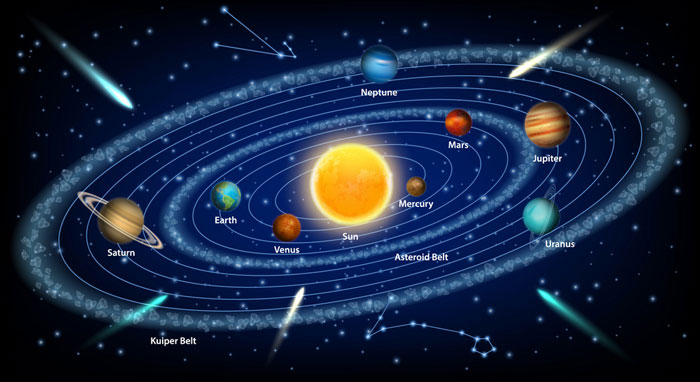 Objects In The Solar System 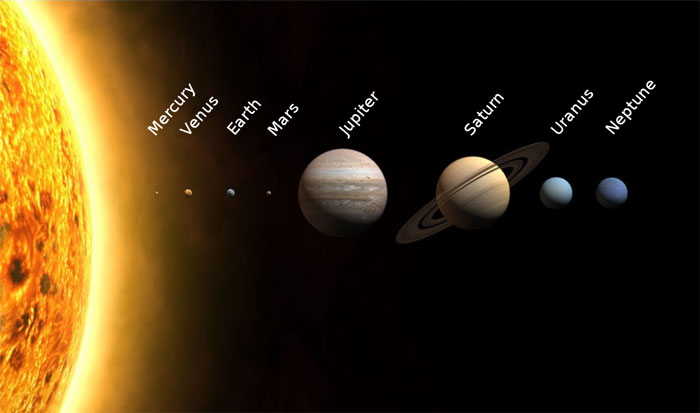 Let’s discuss the objects in our solar system in more detail.

Sun – Our solar system has one star called the Sun. It is located at the center of the solar system and is the largest of all the objects combined together. The Sun also plays a central role in keeping all the objects in the orbit and making life possible on the Earth.

Planets – A formal definition of a planet is: an object that is large and has enough gravitation to make itself round and has its own apparent motion. Well, according to this definition, there are around 8 planets in our solar system which are:

Dwarf Planets – Dwarf planet are those objects that are large but are not considered as full planets due to various reasons, such as no apparent motion or a clear orbit of its own. Pluto was once considered a planet, but now it has been categorized as a dwarf planet.

Moons Or Natural Satellites – Moons are the objects that orbit around a planet instead of the Sun. Our Earth has one moon, called Luna. The largest number of moons in our solar system orbit around planet Jupiter; it has 67 moons, out of which 5 are large.

Asteroids – These are smaller and irregular rocky objects that orbit around the Sun in our solar system. Most of the asteroids are found in a region called asteroid belt that is located in a space between Mars and Jupiter. However, there are also individual asteroids that wander in the solar system and many larger ones have hit our Earth several times.

Comets – Comets are made of ice, or sometimes rock covered with ice. They orbit around the sun and are different from asteroids because they have a visible tail of gases behind them. The tail of the comets is formed when sunlight warms ice and causes it to release gases.

How The Solar System Was Formed? 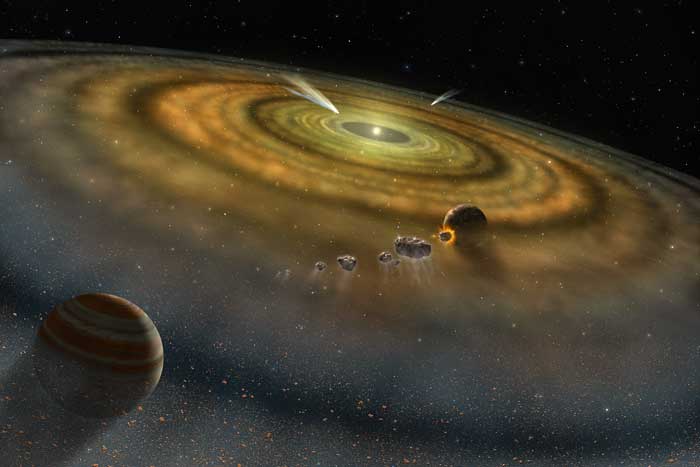 Our solar system was formed around 4.5 billion years ago from the solar nebula. The solar nebula was a giant cloud of gases and dust which, due to gravitation, flattened and most of the gases accumulated at its center. The accumulation of gases at the center increased the pressure and temperature enough that the Sun was born.

The gas giants are located farthest from the Sun because of strong solar winds from newly born Sun. The solar winds pushed lighter gases (i.e. hydrogen and helium) farther away from which the four gas giants were formed.