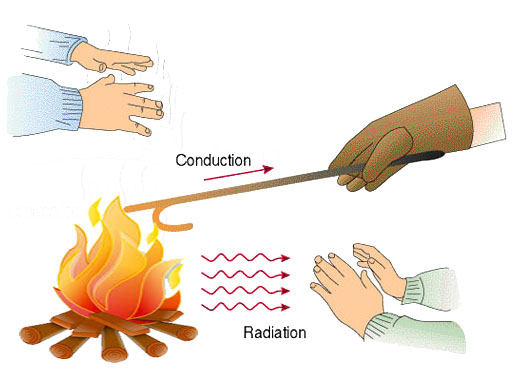 Heat transfer is the transfer of thermal energy from one object to another. It occurs between two objects when they are at different temperatures – the heat will transfer from hot object to cold object. In our environment heat transfer occurs all the time. The sun is transferring some of its heat energy towards earth, and we get days hotter than nights. We cook our food on stoves – it is possible due to heat transfer.

There are 3 methods of heat transfer, which are conduction, convection, and radiation. Let’s discuss each of them individually. 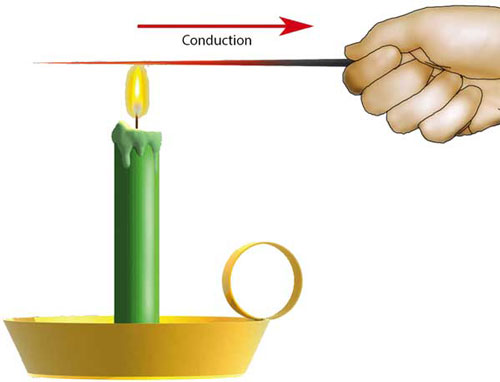 When two objects with different temperatures come in contact with each other, the heat is transferred from the hot object towards the cold object. This happens due to the collision of the molecules at the contact area of two objects. 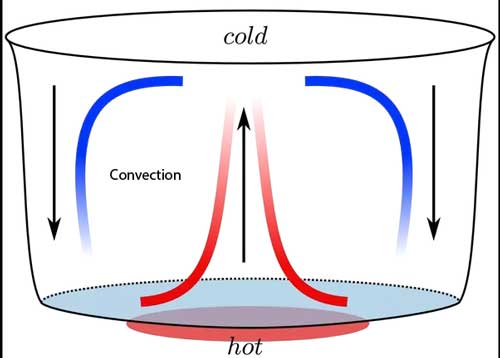 Convection is the heat transfer method that only occurs in fluids (liquid and gases).  It is caused by the flow and diffusion of fluids. This flow happens in the closed path – from hot regions of fluids towards cold regions and back again.

For example, when water is boiled on the gas stove, the heat is conducted by metal pot. The temperature of metal pot increase, which increases the temperature of the water that is in contact with it. Hot water rises to the surface and is replaced by cold water. This process continues and causes circular motion. As a result, the heat is distributed towards all the regions of water. 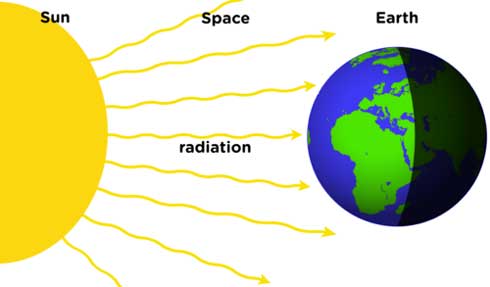