You may be listening to the word friction from your childhood that it slows down the vehicles and wear out the machine part. That is true! Friction causes resistance in motion. It is also a force that acts in opposite direction of motion.

When you put a brake on your bicycle, it stops suddenly because you increase the friction between the wheels and road. It is hard to push a box on a cemented surface than a smooth surface because cemented surface causes more friction due to its irregular surface. On the other hand, if you push the same box on a glass table, it will slide very easily because it has a very smooth surface that causes lower friction.

Friction has been divided into 3 types; static friction, kinetic friction, and fluid friction. All the three types of friction act on any object differently. Let’s see!

Static friction, as the name suggests occurs between the objects that are in contact with each other but not moving. So, that means if you place a heavy box on a table, will it experience the static friction? No! 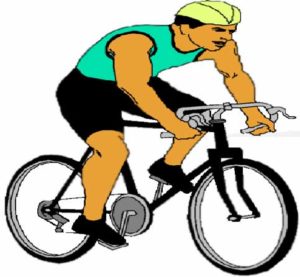 Now it is time learn about the kinetic friction. Let’s start with an example. Suppose you are riding a bicycle very fast. Tell me what will happen when you suddenly stop paddling? You will notice that the bicycle will start to slow down until it comes to stop completely. This is what you might guess, the kinetic friction!

If one object is moving on another object than both objects will experience kinetic friction. Kinetic friction always occurs between moving objects (In our case, the wheels of bicycles and the road). Normally kinetic friction is less than the static friction due to the motion of the objects. 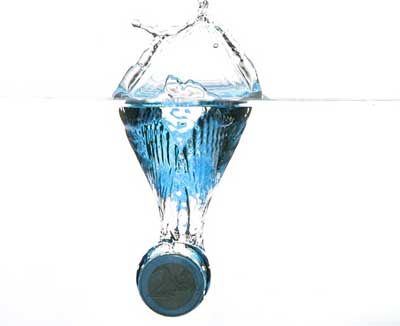 Solids offer two kinds of friction to an object, but there is also another type of friction that is provided by the fluids, e.g. liquids and gases. Let’s see an example to understand the concept more easily.

What will happen when you drop a coin in oily liquid (your cooking oil)? It will sink slowly to the bottom. Can you tell me why? Yes, you guessed correctly. This is because of the fluid friction. The fluid (oil) is resisting the motion of the coin. Fluid friction increases with two things; one is the velocity of an object and other is viscosity (thickness of liquid) of the fluid. The honey is more viscous than the cooking, so it will provide more friction to the coin. Try it!

The importance of Friction in Everyday Life.

Why is Friction Avoided?