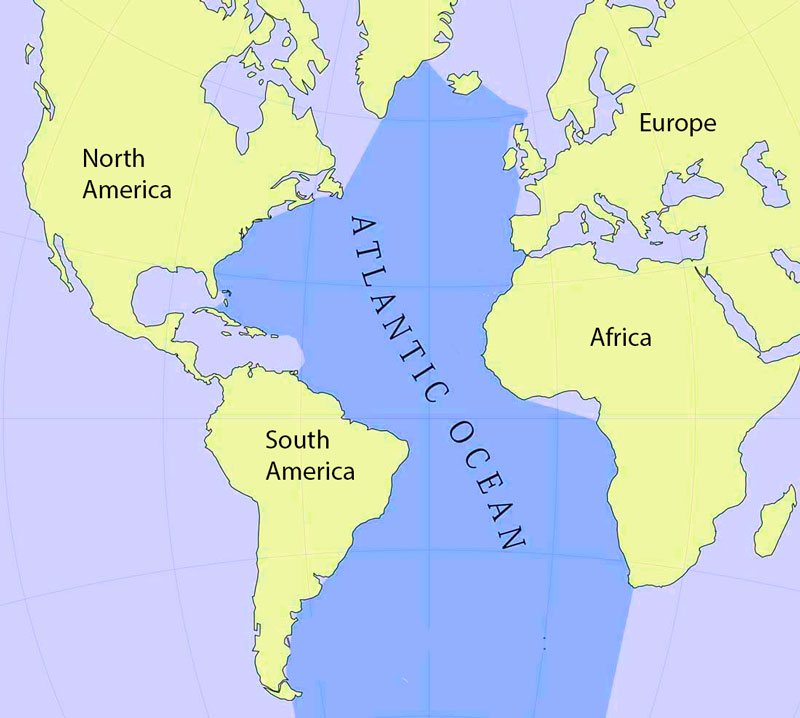 The Atlantic Ocean is the 2nd largest among the five major oceans of the Earth. It is surrounded by Europe, Africa, South America, and North America. The ocean takes up approximately 20% of Earth’s surface area. There are many features, such as Gulf Stream, in this ocean that impact the weather of the US and Europe.

The ocean was first named by Greeks as “Atlantikos”, which means “Sea of Atlas”. The word “Atlantic” is derived from that Greek name. Atlas is one of the Greek gods, which they believe to be the god of astronomy and navigation. Furthermore, the Atlantic Ocean was considered to be the end of our Earth, which means a ship will fall into dark space if it crossed the edge of the ocean.

The Atlantic Ocean is the saltiest of all the five oceans. The quantity of salt in the ocean is around 3.7% by mass, which varies along latitude and also depends on season. The parts of the Atlantic Ocean which receive heavy rainfall have lower salinity as compared to low rainfall and high evaporations parts. Furthermore, when the ice melts in the Atlantic Ocean during summer, its salinity decrease.

Sinking of Titanic in the Atlantic Ocean

Titanic is one of the most famous ships in the history of mankind. It was the state-of-the-art passenger voyage ship of its time. Titanic is mostly known for its deadly disaster that happened on 15 April 1912. On that day, the ship got an accident with an iceberg which resulted in the death of 1,500 human lives. The accident occurred in the Atlantic Ocean during the Titanic’s voyage from Southampton to New York City. The wreckage of the Titanic was first discovered in 1985 at the depth of 4 kilometers.

Bermuda Triangle in the Atlantic Ocean 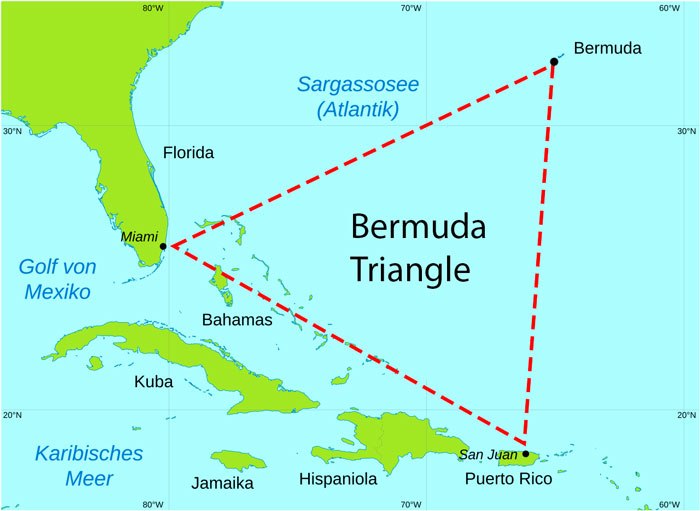