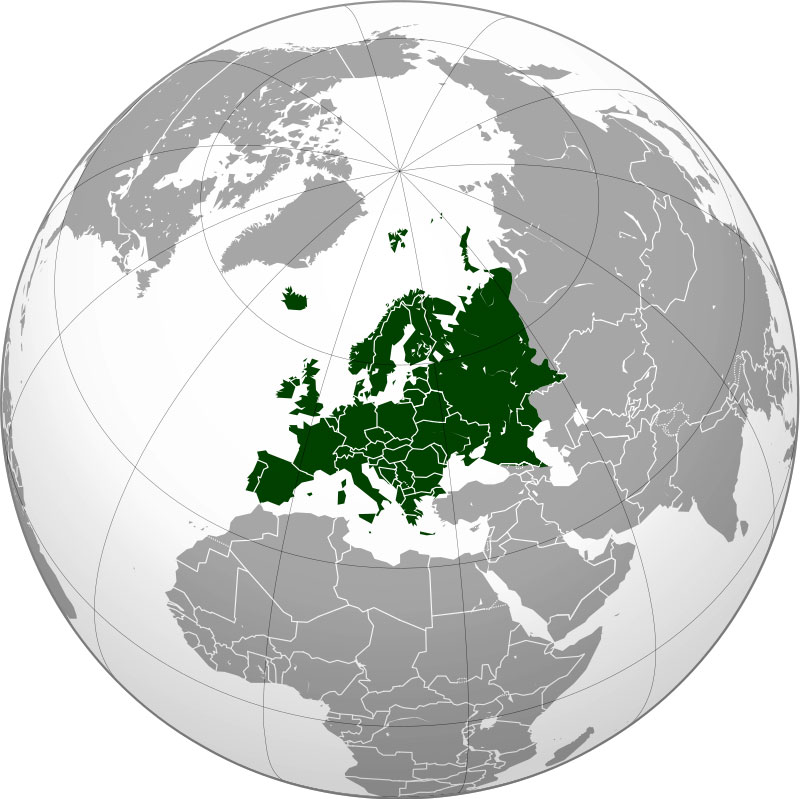 Europe covers an area of 10.53 million km2 which is about 7% of Earth’s total land area. But if you compare this area with Earth’s total surface (Land + Oceans) then it would be only 2%. Europe is bounded by the Arctic Ocean to the North, the Mediterranean and Black sea to the South, the Atlantic Ocean to the West, and the Asian continent towards its Eastern side. There are 44 recognized countries in Europe including the UK, Spain, Ukraine, Germany, France, and Italy. 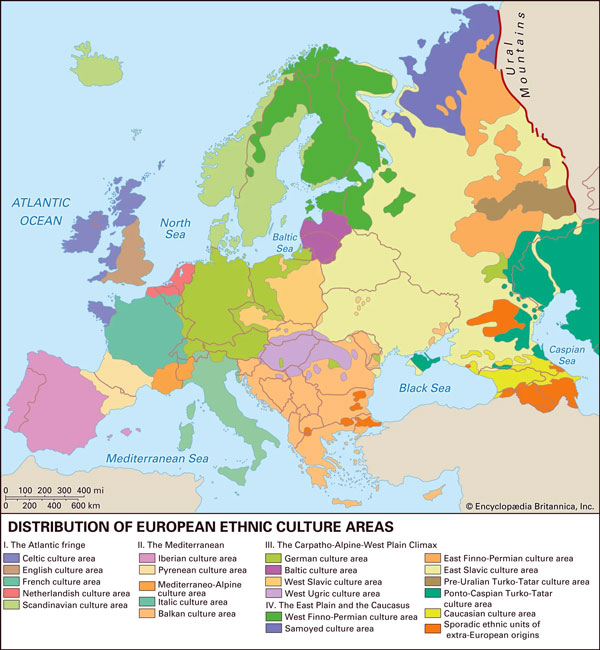 The human species living in Europe goes back 45,000 years ago. A lot of people have moved and settled in Europe since then from Asia and Africa. There are many cultural and language differences throughout its territories. Due to distinct cultural differences in short spans, Europe projects a sharp ethnic culture map. There are around 160 distinct cultural groups in Europe and hundreds of different spoken languages. Currently, the number of official languages in Europe is 24.

The two major religions in Europe are Christianity and Islam. Christianity is the most dominant religion; 3 out of 4 people are Christians. Around one-tenth of the people don’t place themselves in any religion category. The other minority religions by population are Judaism, Hinduism, and Buddhists.

The European continent is subdivided into western and eastern Europe due to some cultural differences. Western Europe is smaller than its counterpart and has the longest coastline. Overall, European land has many rivers, lakes, and good access to oceans and seas. These features make transportation by water easier within Europe and towards other continents.