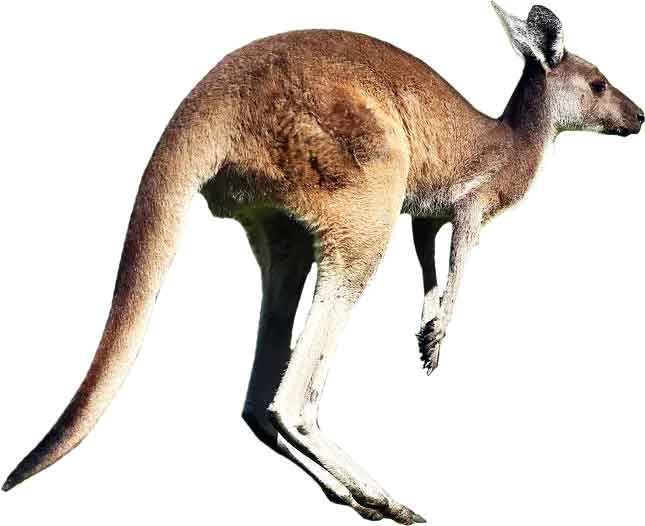 Kangaroos are one of the fantastic animals due to their attractive moves of jumping. They can give incredible jumps and can cover a distance of 9 meters in a single leap. When they run in the wild, they can reach a speed of 50 km/h. Furthermore, they are also well known for their long legs, long tail, and a pouch for keeping their offspring.

They belong to the marsupial group of mammals which are native Australian, similar to koalas. However, they are also living in a few other countries but with fewer numbers. They belong to Phylum Chordata, Class Mammalia and the family Macropodidae which normally translates into animals with big-foot. 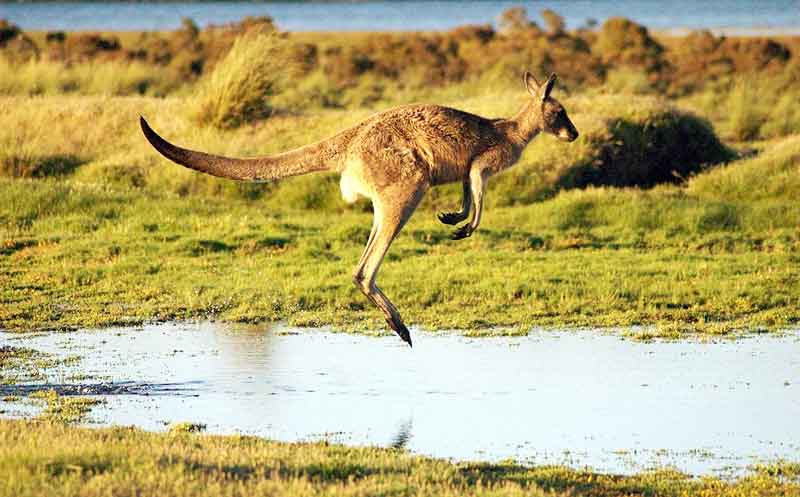 Kangaroos have quite a longer body and are much larger than koala – their marsupial counterparts. They have two long hind legs with feet. Each hind foot possesses four toes, and the last two toes in each foot are fused together. They also have fore-limbs other than their legs. Their fore-limbs are quite shorter and have an unequal number of fingers. They make use of their fore-limbs much like human arms.

They have a small head and large rounded ears. Their mouth is smaller and also has lips. Some species of kangaroos are found to have stripes over their head and body. Whereas, some species have complex teeth.

Other than the tree-kangaroos, all other types of kangaroos exhibit hopping and leaping with the help of their strong legs and feet. Furthermore, they are the only large-sized animals that make use of this form of movement. 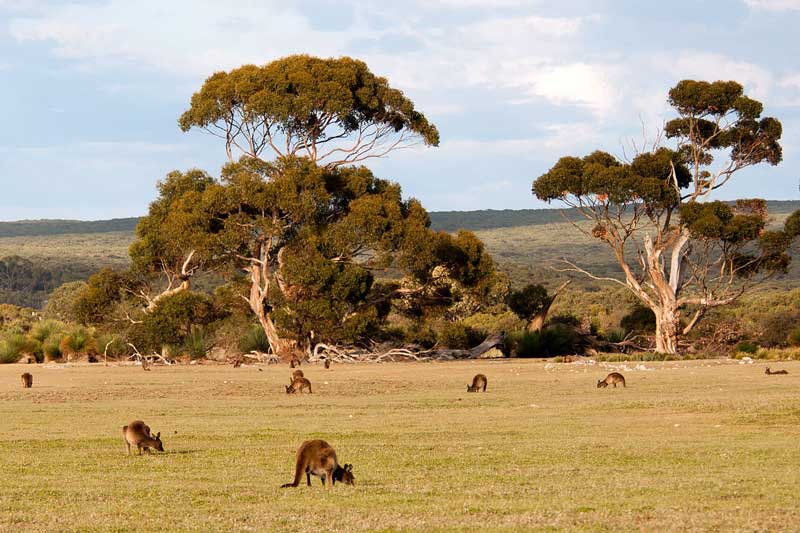 Mostly, they like regions of bushes and woods as their habitat. However, as per their needs and situations, they can also adapt to other types of habitats, such as grasslands, forests, woodlands, and coastal lands. 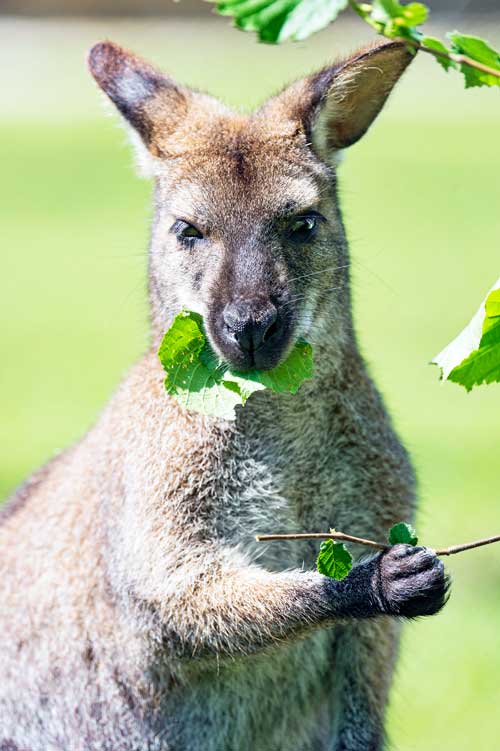 Various species of Kangaroos have been discovered. Likewise, they eat different things. However, all of them are herbivores – means they eat only vegetative materials. The grass is the main source of food for eastern grey kangaroos. Whereas, red-kangaroos also eat nearby shrubs. The smaller species of kangaroos are found to eat underground fungi.

Kangaroos consume only small quantities of water because the food they eat also contains water. Most of the kangaroos look for their food during cool hours of the night. Because they prefer resting during the hot hours of the day.

Kangaroos prefer living in groups called Mobs. A single group of kangaroos contains around 10 or more members. The stronger members in the group provide protection to weaker members. As compared to the arid-area kangaroos, the eastern area kangaroos form much larger groups.

Their social relationships are quite complex than other mammals. They exhibit various social behaviors such, mutual sniffing, touching, greeting, especially between males and females. There are certain patterns of interaction between mothers and their babies. Also, kangaroos sometimes resort to swimming through water-bodies.

According to IUCN (International Union for Conservation of Nature), some species of kangaroos have already gone extinct in the past. Currently, global warming is posing a greater threat to the smallest species kangaroos. However, there are 4 species of large kangaroos that are currently out of the endangered situation.