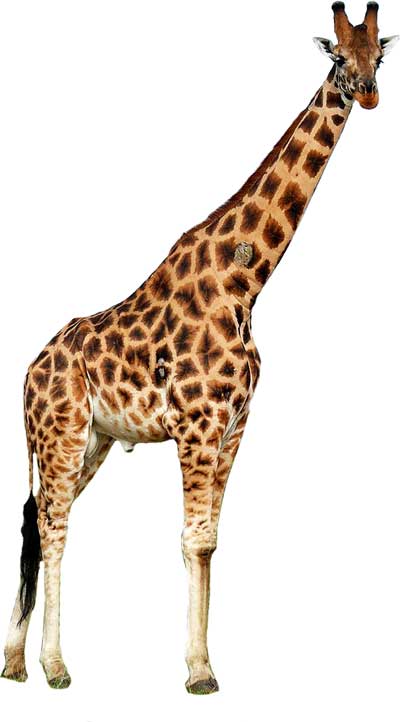 Giraffes are the tallest land mammals on the earth. Their average height is around 5 meters (16 feet). Giraffes are characterized by their long neck and legs with a nice pattern of spots on their body. People of Africa once called them camel-leopard because their body shape resembles with camel and their pattern resembles with leopard. 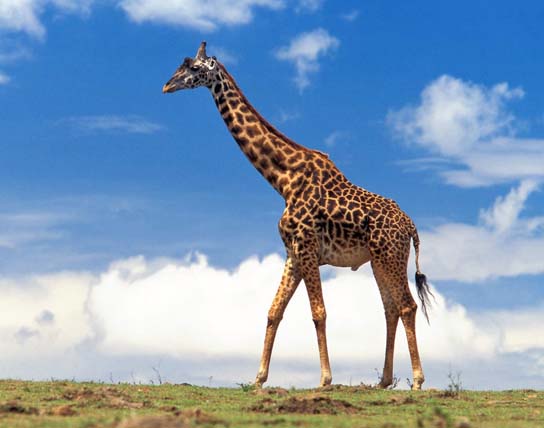 Giraffes are the tallest and one of the heaviest land mammals on Earth. They have 4 legs that slim but longer in height. Giraffes can run at a top speed of 55 km/h. they run similar to other mammals do, by swinging their front and rear legs.

They a very long neck and good eyesight which allows them to get a good view of distant territories around them. Moreover, they have sleep time around two hours and they sleep in small periods of 5 minutes instead of taking a long sleep.

Giraffe’s babies are called calves and at the time of birth, their height is around 2 meters and weighs 70 kg. Newborn babies are very vulnerable so their mothers try everything to protect them from predators. Their growth rate is fast, they can grow 2 inches in a day.

They can eat leaves of trees at extreme heights where other animals can’t reach. They have a long tongue which helps them in pulling leaves from trees. A full-grown giraffe can eat up to 45 kg of food a day, leaving them spending most of their day eating. Their favorite food is the acacia tree. Giraffes don’t need much amount of water, because they get most of the water from the leaves they eat. This is good for them because giraffes have to bend down to drink water which makes them vulnerable to attacks from lions and other hunters. 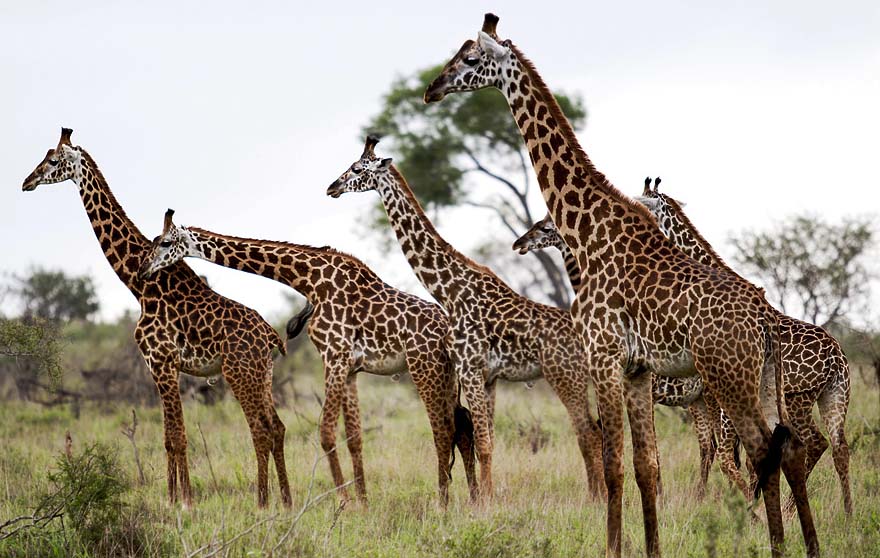 Giraffes are found in the savanna areas of the African continent. They prefer to live in open areas, as it helps them in pointing their predators. Also, their height is quite large and living in thick forests will make it difficult for them to move.

In the latest report of 2019 from IUCN, Giraffes have placed in the list of endangered species. There are around 100,000 giraffes living in the wild. Their number is dropping due to various reasons, such as loss of habitat as a result of deforestation and illegal hunting.