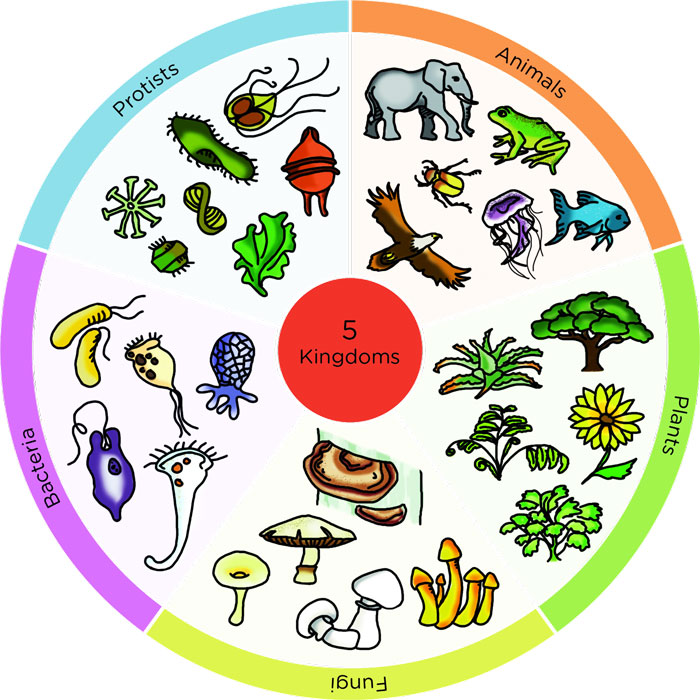 Every living thing which lives on the earth is distributed among the five main kingdoms of biology. Kingdoms were developed to understanding the characteristics and behavior of living organisms. Moreover, modern science defines living things more in different levels of classification of living things. Furthermore, the classification gives more knowledge about basic differences and similarities among organisms.

Organisms that are single-celled and don’t have nucleus, specialized organs and nuclear membranes are classified in Monera kingdom. In other words, we can say that the organisms which belong to this kingdom are composed of only one cell with the above-described properties. Moreover, these organisms are also called prokaryotic cells. Some of the most famous prokaryotes are bacteria and cyanobacteria.

In this kingdom, eukaryotic unicellular and multicellular organisms are found. Protista kingdom is further classified into 3 main categories, which are plant-like protists, fungus-like protists, and animal-like protists. Furthermore, they reproduce in both ways; sexually and asexually. Some of the examples of protists are Amoeba, Euglena, and Plasmodium.

The organisms which are related to the kingdom of Fungi are eukaryotic multicellular organisms, such as molds, mushroom, and yeast. Fungi are quite different from plants-like protists and Kingdom Monera; they are heterotrophic organisms, which means they can’t produce their food. Another useful example of fungi is Penicillium molds from which penicillin antibiotics are derived. Furthermore, fungi are also known as decomposers in the environment for which they depend on others for food – just like a parasite. Moreover, fungi are found in small size and can reproduce both ways; sexually and asexually.

The organisms in the Plantae kingdom are multicellular eukaryotic and are autotrophic (food producers). This kingdom covers all the plants on the Earth which include flowering and non-flowering plants. Plants contain special cells called chloroplasts, which help them in making the food from sunlight, water, and carbon dioxide. Some of the examples of plants are ferns, mosses, and seed plants. Furthermore, Plantae organisms can reproduce by sexual and asexual ways.

This kingdom covers all the organisms that we call as animals, including humans. Due to a large number of species, the Animalia kingdom is the largest of all the other kingdoms. All the organisms in this group are multicellular eukaryotes and don’t produce their food. Some of the examples of this kingdom are humans, birds, amphibians, and reptiles.