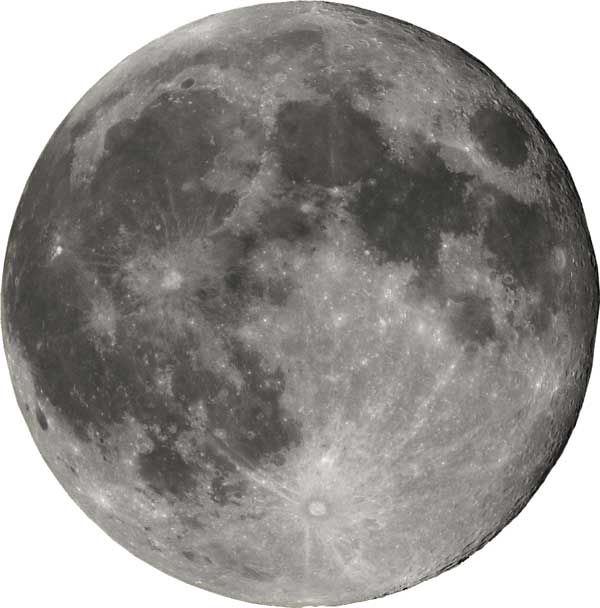 The Moon is a very famous and interesting space object since the man set foot on the Earth. It is most interesting because it can be seen larger with naked eyes. Moreover, the smaller details of the moon can also be seen with cheaper astronomical telescopes. Furthermore, the moon is also the first space object on which humans have set their foot in 1969.

What Is The Moon?

The name of our Moon which orbits the Earth is Luna and is the 5th largest moon in our Solar System. It is also called a natural satellite and completes one orbit around the Earth in about 27 days. The moon looks very bright to us on the Earth than stars in the sky because it is very close to the Earth; around 384,000 kilometers away. Moreover, in the night sky, the Moon is the brightest object but as compared to the Sun, the Moon is 2nd brightest object.

Formation Of The Moon?

In the collision event, the Theia vaporized completely and its debris went all around the Earth in space. Also, the collision was so powerful that it melted our planet completely. The debris of Theia that was caught in the orbit around Earth accumulated over time and formed into the Moon. The hypothesis which describes the formation of the Moon by the collision of Earth with a planet-sized object is called the Giant-impact hypothesis. 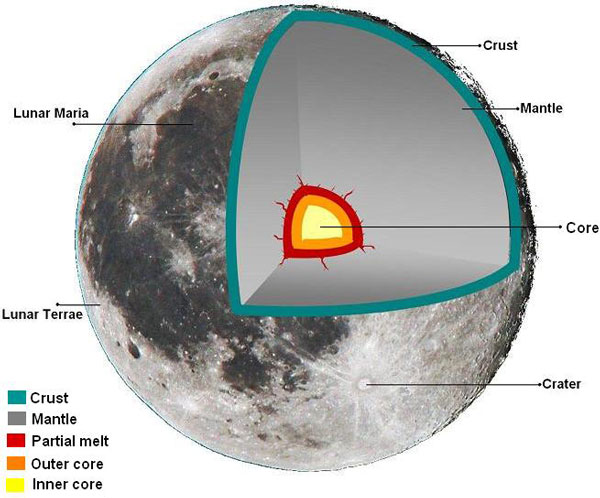 The shape of the Moon is round but it is also slightly elongated due to the Interaction of Earth’s gravity. The Moon has been divided into 3 distinct layers; the crust, mantle, and core. Each layer of the Moon has different physical properties and chemical composition.

The surface of the Moon is mostly rocky which is covered with dust and remains of lava. The surface mostly contains silicon dioxide, iron, calcium, and traces of other elements. The mantle is composed of minerals that are iron-rich. Moreover, the geological data also shows that the core has both solid iron and liquid iron as a major constituent.

A lunar eclipse is a natural phenomenon in which our Earth comes in between the Moon and Sun. As a result, the sunlight towards the Moon is blocked by Earth. The Moon just receives the shadow of Earth and it appears to people on the Earth that the Moon is darkening.

The first scientific exploration of the Moon began when Galileo Galilei made a refracting telescope and started to observe the Moon. Galileo observed many surface features of the Moon which include mountains, craters, and plain grounds.

After the Galileo, and until the age of rockets, the Moon was studied only with ground-based telescopes. The first rocket to hit the surface of Moon was made by USSR in 1959 which successfully took the first photographs of Moon’s far side.

After then, several space probes and landers were sent to Moon until a big leap in space exploration occurred. The big leap was the landing of humans on the surface of the Moon. It happened in 1969 when Apollo 11 successfully landed the first humans, including Neil Armstrong, on the surface of Moon. Apollo 11 was a very successful flight and the crew brought back samples of Moon’s dust and rock.