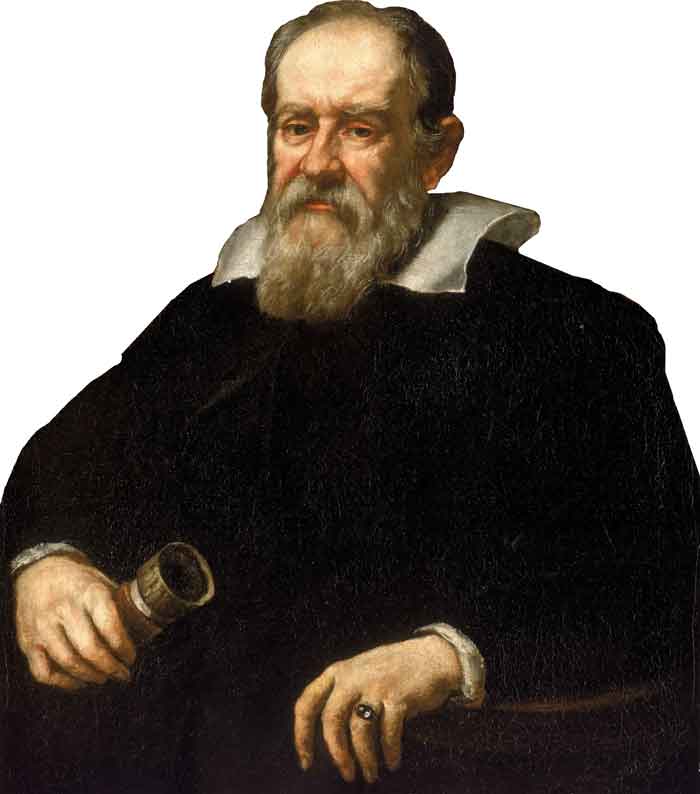 Galileo Galilei was one of the greatest scientists and astronomers who discovered many scientific facts and astronomical objects. He was also famous for developing and improving the refractive telescopes which allowed him to discover many new objects in the space – including moons of Jupiter. Galileo also proved that planets in our solar system orbit the sun. This great discovery gave him life imprisonment, instead of the honor.

Galileo Galilei was born in the house of Vincenzo Galileo that was a famous music composer. He grew up with his 5 siblings in the time of Italian Renaissance. Galileo learned some skills from his father in his early childhood and became a good lutenist (player of lute). He was moved to Florence along with his family at the age of 11 years. In Florence, he got his formal education from Camaldolese monastery. He also became a good musician and later became interested in becoming a doctor. For this reason, in 1581 he got the admission in the University of Pisa to study medical science.

When Galileo entered the university, his interest diverted more towards physical science and mathematics. He began experimenting in the field of physics and noticed the behavior of a swinging lamp. He noted that it always takes the same amount of time for the lamp to swing back and forth, regardless of its distance traveled. The behavior of a swinging lamp couldn’t be described by laws of physics at that time. To understand the behavior of the swinging lamp, he experimented on pendulums and developed some mathematical equation to describe the motion of swinging objects. In 1585, Galileo was selected for a teaching post and left the university to pursue his career as a teacher.

In 1632, Galileo published a book to describe the motion of planets in the orbits. He described in his book that, planets in the solar system orbit the Sun – not the Earth. The result of his work proved very disastrous for him. He has been sentenced to life imprisonment. It is because his views were against the Catholic Church. Later on, he got some relieve and was allowed to leave the jail and live in a house arrest for the rest of his life.

Galileo Galilei contributed a lot in the field of physics, astronomy, and mathematics. He experimented many physical laws developed by people before him, such as Muslim scientists from medieval age and thinkers of the Roman Empire (e.g. Aristotle). He always did his experiments in steps and developed early scientific methods.

Before Galileo Galilei, there was a belief that when two objects with different weights are dropped, the object having more weight will fall on the ground earlier than the lighter object. To test this traditional law, Galileo took two objects with different weights and climbed to the top of the Tower of Pisa. He dropped two round objects from the same height at the same time. He found that two objects reached the ground at the same time – disproving the traditional belief. He concluded that gravity is the same for every object and doesn’t depend on the weight of the object.

In 1609 Galileo Galilei received news that there is a device in Holland which uses glass lenses and can show the distant objects nearer, known as a telescope. Galileo started to make this device on its own without ever observing the device with his own eyes. He successfully made the first version of his refractive telescope and pointed it to the sky in the night.

He observed that the telescope showed the moon much closer and other objects in skies much larger. He then started to study the objects in the sky every night and continued to improve his telescope. He found moons of the Jupiter, also called Galilean moons, with his telescope. Galileo’s telescopes became very famous in Europe and were called as Galilean Telescopes. (Learn more about the invention of the telescope)