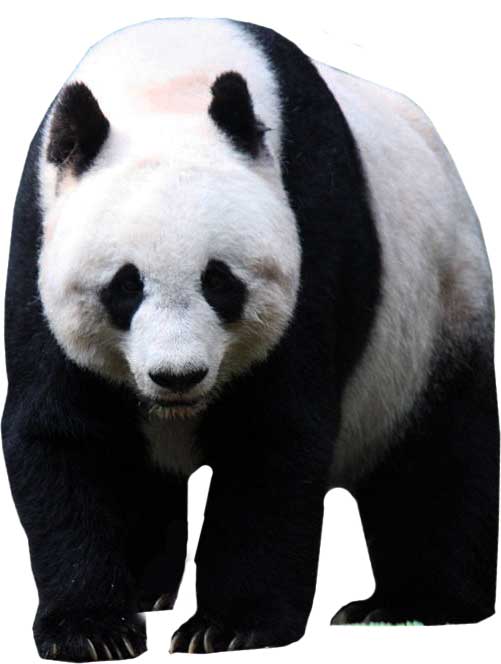 Giant Pandas are one of the cute and famous animals found in the world. The scientific name of the giant panda is Ailuropoda melanoleuca, which is also known as panda bear – in short, just the panda. They belong to the order Carnivora and the family Ursidae.

In fact, they are species of bears, and their native area is the southern part of Central China. It attracts people with its large and black spots around its eyes and ears. Such spots are also seen in its body as well. 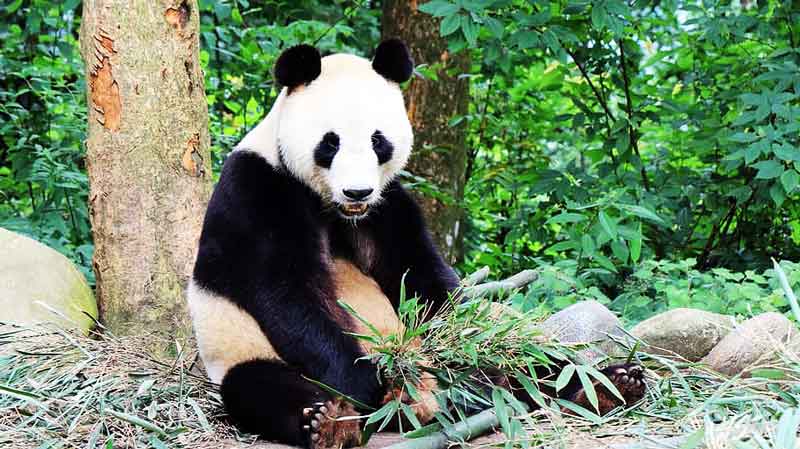 They have a prominent black and white coat and exhibit black fur around their eyes, ears, nose, legs, and shoulders. The length of adult pandas, from their nose to hind-part, stretches up to 150 cm; the tail-length can be around 10 to 15 cm. Furthermore, their height from fore-legs to their shoulders can reach up to 90 cm. An adult panda weighs as much as 150 Kg. Their males are 10% larger and 30% heavier than the females. They possess broad and flat molar teeth for chewing bamboo.

Historically, a large number of the panda inhabited the southern and eastern parts of China. They were also located in Myanmar and northern parts of Vietnam. But due to urbanization and other human activities, their habitats are shrinking. Which results in difficulties in their survival. But still, the mountain ranges in various provinces China are homes to thousands of pandas. 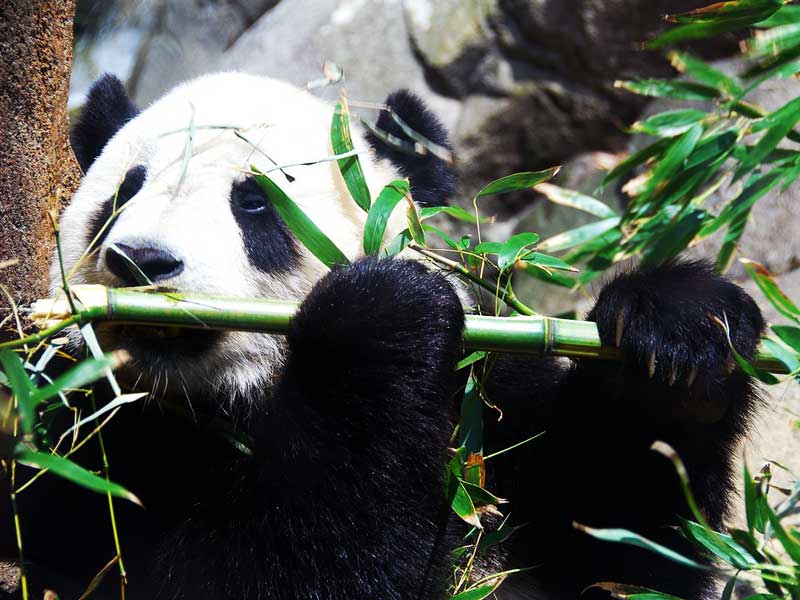 Despite belonging to the order Carnivora, they are folivore (leaf-eaters). Thus, bamboo shoots and other leaves make up more than 90% of their diet. Occasionally, the wild pandas eat grasses and tubers. They also eat the flesh of birds or meat of mice. The captive pandas, on the other hand, use eggs, honey, leaves of shrubs, bananas, oranges in addition to the specially prepared diet for them.

They eat from 12 to 40 Kg of bamboo leaves per day because those leaves have deficient nutritional value.

However, their digestive system has characteristics of carnivore animals (meat-eating animals). 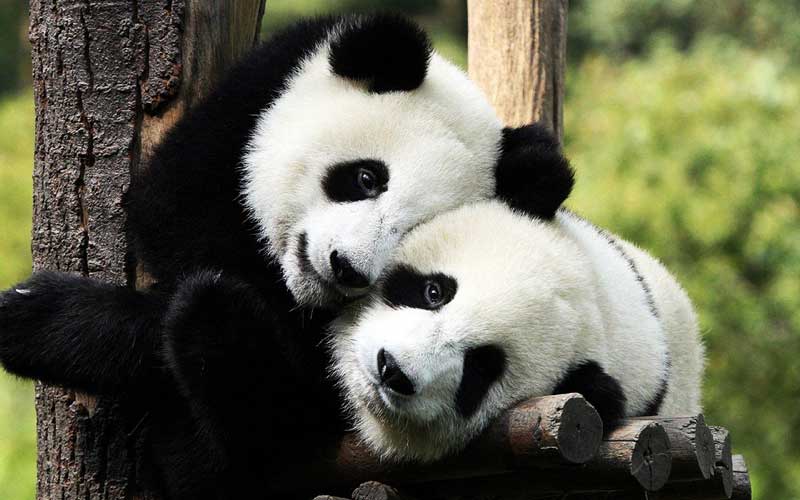 In general, they prefer to live a lonely life. However, their home-range is precisely defined by their adult members. Moreover, female pandas don’t tend to socialize with other female pandas.

Pandas communicate with each other by making sounds and leaving their scents. When they wander away from their habitat, they leave their marks behind by urinating, claw-marks on trees, and by rubbing various objects in their path.

Many pandas are active during dawn and dusk timings. However, some others may be active during day-hours and midnight time. They don’t tend to make permanent homes, because they are capable of taking refuge into hollows of trees and the crevices of rocks. They don’t need to hibernate (long sleep during winters) like other bears.

Giant pandas were considered as an endangered species. However, with the efforts of WWF (World Wide Fund for Nature) and other organizations, their status is now still considered as vulnerable – no more as endangered.

Similar trends have also been confirmed by the International Union for Conservation of Nature (IUCN), based on the data from 2014 and onwards.