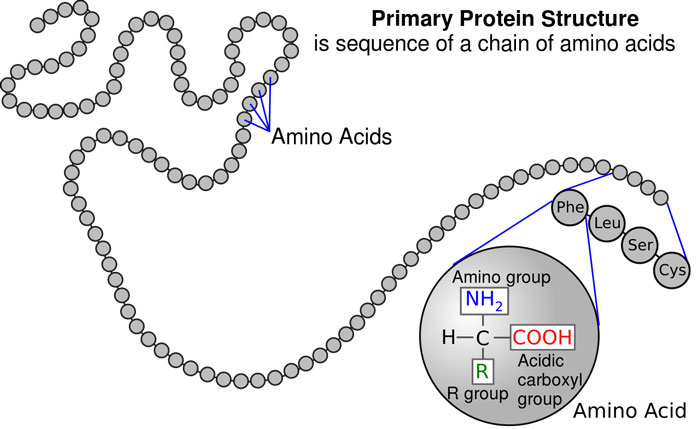 Proteins are one of the most essential nutrients required by the human body. It is one of the most known nutrients to people because these are necessary for building muscles of the body. Moreover, the body of an average person contains about 15% proteins by weight.

Proteins are organic molecules that are made of amino acids which include carbon, hydrogen, sulfur, oxygen, and nitrogen. Amino acids in long chains make the proteins, and these proteins are the bases for the muscular mass in the human body. Our body is able to make some types of amino acids, but we also require to eat certain foods to get other amino acids that our body can’t produce for making proteins.

Proteins are required for a large number of cellular functions that are essential for keeping a person healthy and alive. Proteins are almost used by every cell in the human body for Copying the DNA, making the structure for cells, and responding to the stimuli, etc.

There is a large number of protein types in a human body that differ from each other by functions and structure. The main types of proteins according to their functionality are:

How Proteins Are Made?