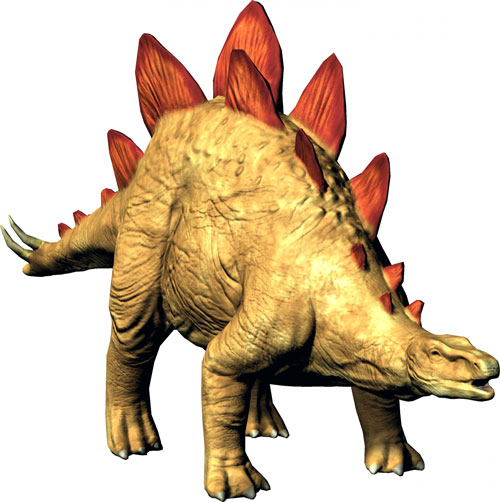 Stegosaurus is an English word that is derived from two Greek words; Stegos (roof) and Sauro (lizard). Thus the meaning of word stegosaurus is “roofed-lizard”. 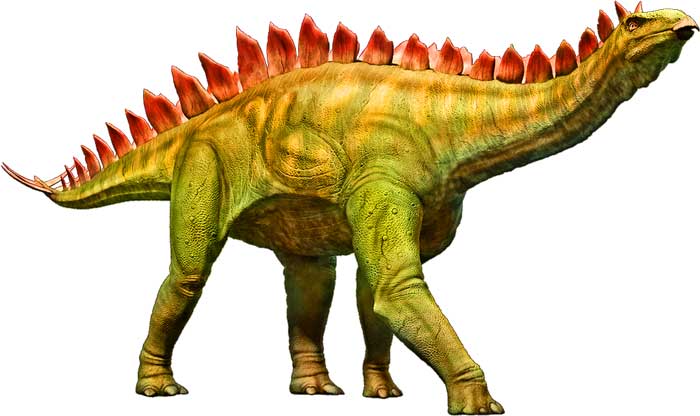 Stegosaurus were amazing and large-sized animals having two rows of plates with a specific structure along their back. The main function of the plates is not precisely known. Furthermore. The heads of these dinosaurs were quite smaller and are well-known for their small brains. Various theories exist on the size and functions of their brain.

They had four stout legs and a tail that also possessed plates. Also, their tail possessed spines having a length of 60 to 90 cm. They had a total length of 9 meters from head-to-tail and a height of 4 meters. Furthermore, an average-sized stegosaurus weighed around 5 Metric Tons. They could run at a speed of 5 miles/hour (7 km/h) at their max. In general, they were slow-moving creatures.

Although, there is little evidence available, whatever findings are available about their habitat suggest that, stegosaurus lived in semi-dry areas of land with alternating dry and wet seasons.  They also dwelt in flat flood areas and fern-dominated savannahs. They also occupied some of the forests that were not too dense.

Like many large-sized animals, stegosaurus were also herbivores. They had no well-developed teeth that are suitable for eating flesh. Rather, they had very small teeth located in their weak beak for chewing vegetation. Moreover, they also possessed cheeks that could hold vegetative material until it has finished chewed. Having a short neck, they used to eat low-lying herbs, and a variety of vegetation such as ferns, mosses, cycads, conifers, and various other fruits.

Some findings also suggest they had weak teeth, so they consumed slimmer twigs and branches. Furthermore, they were also able to stand on their back-legs to put their front legs on the trunk of trees to shake it and get dropped fruits.

Little evidence is available to describe the behavior and lifestyle of the stegosaurus. However, the damaged fossils of stegosaurus indicate that they were largely engaged in their defenses from predators. In the fight for defense, they used their strong tails equipped with spines.

They were a large-sized animal, moving very slow in search of food. Not much is known about their solitary or group-like lifestyle. However, there are some indications that they had families and small group-like connections that they kept for a long period.

In 1877, M. P. Felch in an expedition to Colorado, US discovered fossils of the stegosaurus. Later, they were named by Marsh in 1877. Also, they were found in other states of North America. In 2003, Bob Simon discovered nearly 90% complete structure of the dinosaur from Wyoming. In 2007, their fossils were found in Portugal. Research shows that the Stegosaurus also lived in some present-day European, African, and Asian territories.