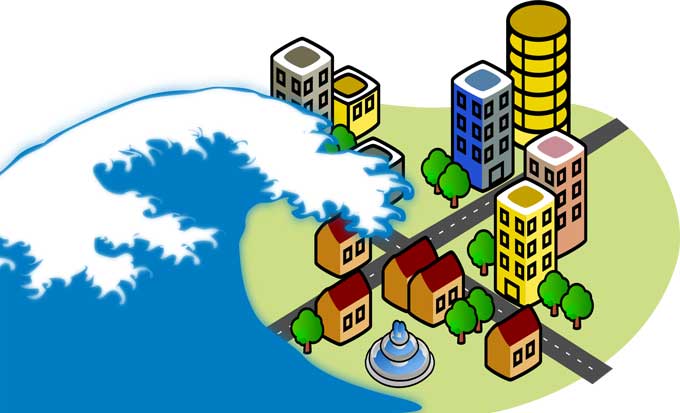 Tsunami, you may have probably heard of it on TV news, or perhaps watched a movie on these killer waves. The name “killer wave” for tsunami may seem odd, but it is the meaning of it in the Japanese language.

Tsunamis are a number of giant waves that occur in oceans or large lakes. These waves grow stronger and stronger upon reaching towards shores. Tsunamis are known for their massive destruction, especially the cities near them get most of the destruction. 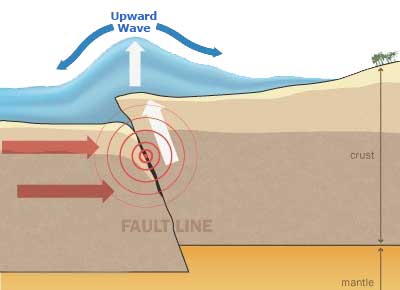 Tsunamis are the mighty waves that are caused due to sudden displacement of water in oceans or large lakes. So, how water displacement causes a tsunami? To understand this, let’s make a little tsunami in your water tub! For this, when you are in your bathtub, just move forward quickly. You will see a large amount of water will rise high, flooding your floor. The same thing happens during the tsunami, but instead of one wave, you will get a number of waves in the real tsunami. 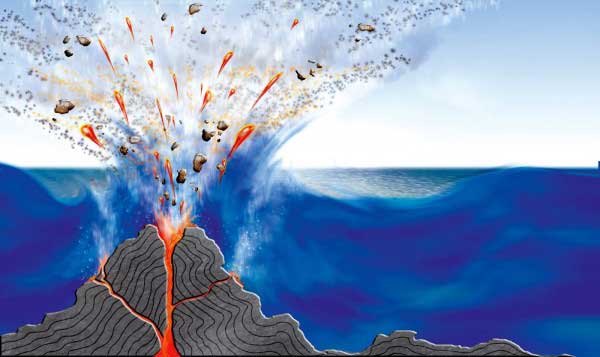 So, what causes water to displace suddenly in the oceans? Well, the credit goes to some geological activities. These activities are volcanic eruptions, landslides, breaking-off glaciers, and earthquakes. These all activities when cross a certain limit displaces the water so quickly that tsunamis are born.

The geological activity that causes most of the tsunamis is an earthquake. Earthquakes are a sudden movement of a large area of crust – upper layer of earth. As a result, the gaps are made along the way in the crust. When these gaps appear in ocean floors due to underwater earthquakes, the tsunamis take place.

What Happens During Tsunamis? 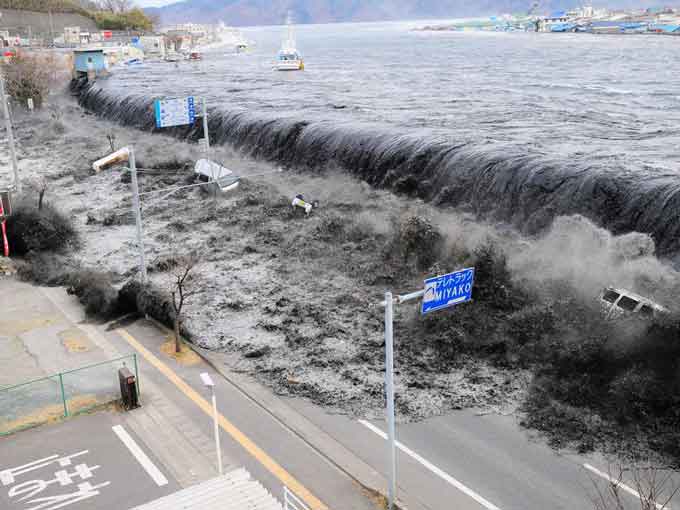 So a tsunami is just appeared, what happens next? The waves of tsunami starts appear in the locations where the water has just displaced. These waves are hard to be recognized as tsunami waves because their height is few feet in Deep Oceans. But as these waves travel towards shore they gain height, while traveling at the speed of hundreds of km/h.

When a tsunami reaches near the shore their height may reach 100 feet. With such a height and very high speeds, tsunamis become one of the most destructive events. They strike the shore with very high force and penetrate a great distance on the land.

Where Do Tsunamis Appear? 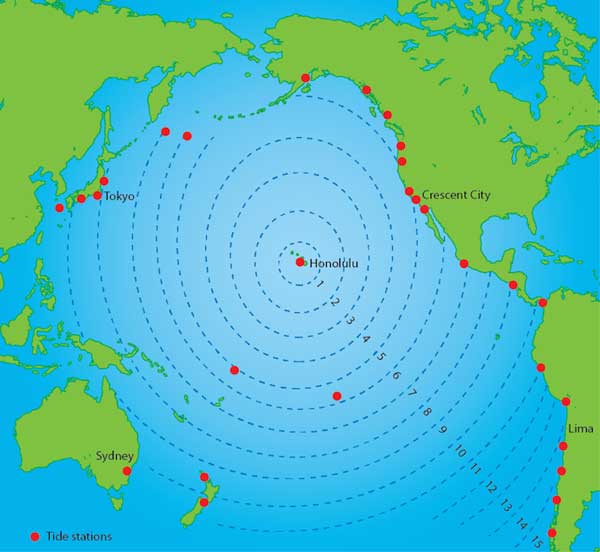 The Pacific Ocean receives tsunamis more than any other open body of water. Due to this reason, the countries that have their coastlines on the Pacific Ocean are more vulnerable to tsunamis e.g. Chile, Japan, and the USA. 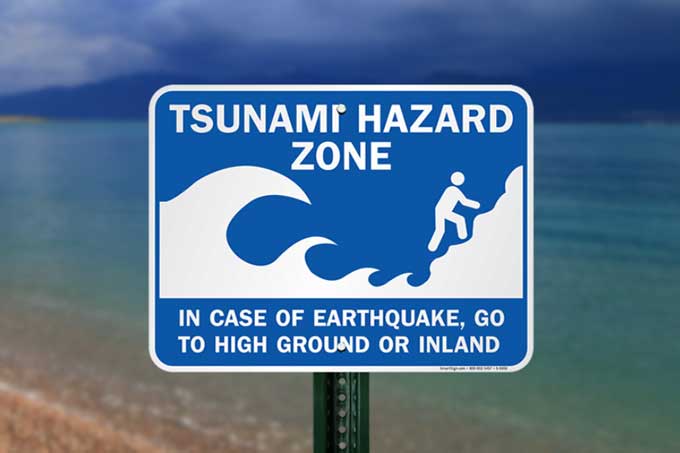 The destructions caused by tsunamis are very severe. People living near the zones of tsunamis, or tourists who are visiting these zones must take precautions. Also, this disaster may appear anytime so being prepared is necessary if you are close to shorelines. 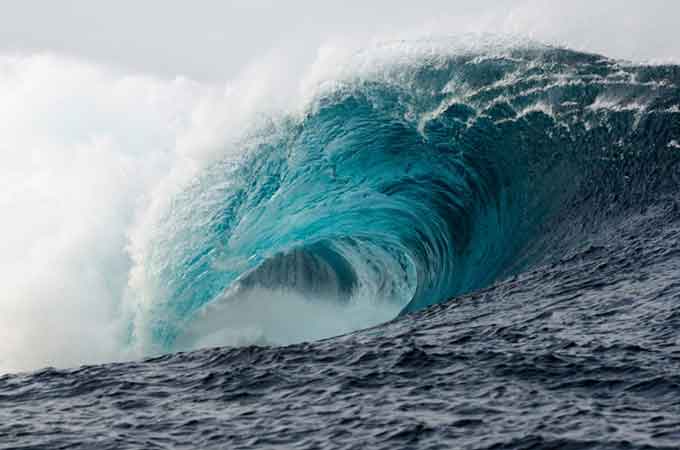 Checkout some amazing facts about tsunamis.