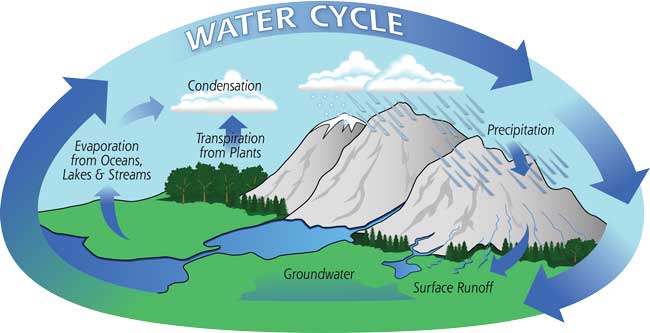 Our earth has abundant water on its surface. This water is in form of oceans, rivers, lakes, and glaciers. But, the only small percentage of water is freshwater that we drink and use. The rest of the water lies in oceans which is very salty. Have you ever thought, how this freshwater reaches us? We get this freshwater in a cyclic process called water cycle.

What is Water Cycle?

The water cycle is a continuous process that happens all the time around the earth. This process is very crucial in delivering the water from oceans to lands, and back again. For example, the water you see in the rivers, lakes, and glaciers is available to us due to the water cycle.

There are various methods through which the water circulates around the earth. Some methods bring the water from land to the atmosphere and form clouds. While other methods bring water back to ground on various places. This way the water is distributed across the whole planet.

How Water Moves to Atmosphere

Water moves to the atmosphere in form of vapors (gaseous state) from all around the earth – leaving behind all the salts and other impurities. There are 3 main methods that can transport water from land to atmosphere.

How Water Moves Across Land

Now the water has been transported into the atmosphere by various methods. But, how this water come back to the land and moves across it? Let’s discuss them. 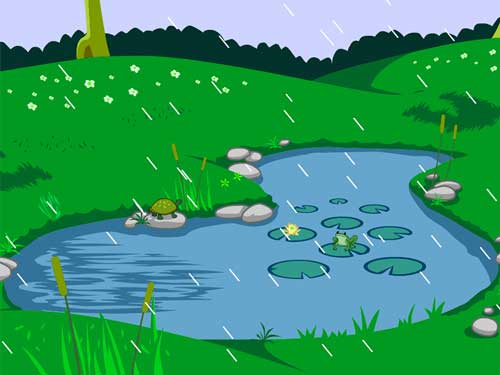 So far, we have discussed the water cycle technically. But it is necessary to discuss its importance in everyday life. All the humans, animals, and plants around the earth have access to fresh water – that’s why we are alive. For example, we humans get the water from rivers, ground, or direct precipitation. All the plants in the jungle need periodic precipitation to stay alive. Animals need ponds or lakes for drinking water. These all the things are possible only due to the natural water cycle.

Effects of Pollution on Water Cycle

Today, human-caused activities have caused very adverse effects on the natural water cycle. The most harmful activity that humans are causing is carbon emission – that is a greenhouse gas. Carbon emission cause global warming. As a result, the average temperature of the earth is rising, and glaciers are melting at a higher rate than they are forming. It will cause water shortages in near future. The disturbance in water cycle is so severe that many regions have no precipitation at all – that used to have regular precipitation. While some regions have more than normal precipitation, causing floods.

The second disastrous effect is caused by pollution. Pollution of land, water, and atmosphere increase the toxicity of fresh water. As a result, the health and life of animals, marine, plants, and even humans have damaged severely.

For more information on global warming and pollution go to: