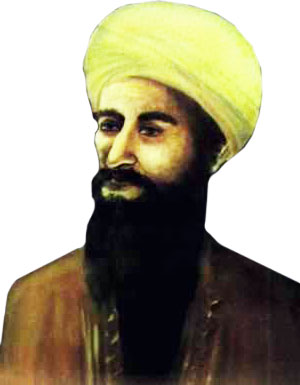 Abd al-Rahman al-Sufi is a well-known Muslim astronomer, who is also recognized by present-day space agencies. Due to this reason, a crater in the Moon has been named after him, called “Azophi”.

Al-Sufi’s name comes among the nine most famous Muslim astronomers who took lead to explore the sky. His name appears with varying spellings like Abolfazen in Italian, and Azophi in Spanish. He revised most of Ptolemy’s star catalog and calculations.

Abd al-Rahman al-Sufi was born on 7th December 903 in Rey, Iran. He studied astronomy and made great contributions to it throughout his life. Al-Sufi lived at Buwayhid court in Isfahan. There he worked on translating and expanding Greek astronomical works, especially, the book ‘Almagest’ by Ptolemy. Also, He made many corrections to Ptolemy’s star catalog.

Al-Sufi’s measurements differed from Ptolemy’s work on various factors, such as brightness and magnitude. Perhaps, It was due to a gap of 800 years between Ptolemy and Al-Sufi. Even after many corrections, around half of the total calculations of Ptolemy were found correct. Further, al-Sufi went one step ahead of Ptolemy in classifying the stars. He divided them into three categories of small, big, and great stars. This brought more accuracy to his computations.  Moreover, he also identified many other stars which were not done by Ptolemy.

Al-Sufi separated 48 constellations and stars into three parts; keeping twenty-one on the Northern side, twelve he called the zodiac, and the remaining fifteen on the Southern side. His writings touched almost every corner of astronomy. For instance, he wrote on astrolabes – the observatories from where celestial bodies could be studied closely. Also, he explained the uses of the astrolabe in horoscopes, navigation, surveying, timekeeping, Qibla direction, and prayers. He dedicated his work to Adud al-Dawla the ruler of Buwayhid in the Khusro dynasty in Persia. He died on 25th May 986 AD in Shiraz, Iran.

Al-Sufi’s contributions to astronomy earned him fame and remain the source of inspiration for many who aspire to explore space and the entire universe.