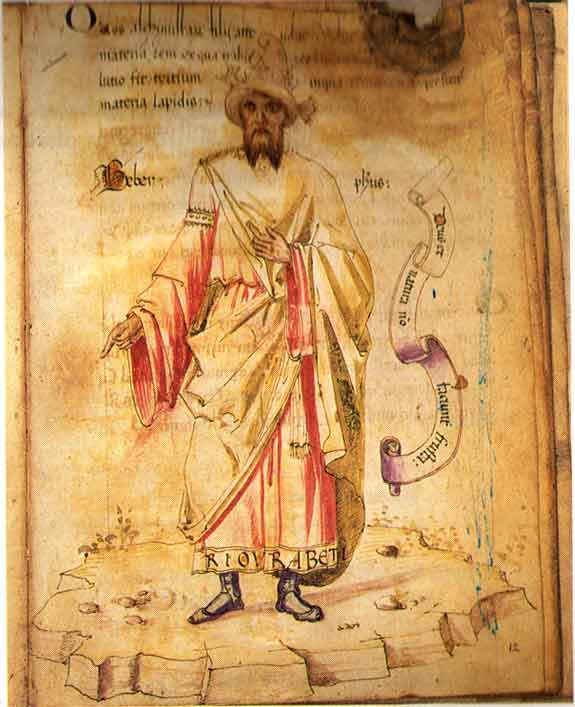 Jabir ibn Hayyan is one of the most brilliant and intelligent scientists in the Golden Era of Muslims. He is famous for inventing various instruments for chemistry experiments, and he also performed many chemistry experiments himself. He found many new chemicals which include hydrochloric acid. Due to a lot of work in the field of chemistry, he is considered to be the founder of chemistry in the modern world.

Jabir ibn Hayyan, also called Geber, belongs to present day Iran and was born in the year 721. During his childhood, his family had to migrate to the land of Arabia where he got his early education from a scholar. His father was one of the supporters of Abbasside caliphate and died for the same reason.

When Abbasside caliph, Harun al-Rashid came into power, he was able to make connections with his ministers. Soon he became a physician and practiced medicine with the support of caliph. He was a famous physician and cured many powerful personalities. He also worked on many chemicals and experimented on them, and presented his work to the caliph Harun al-Rashid in the Book of Blossom.

When supporters of Jabir (Geber) were put to death by Caliph due to some reasons, he had fled to Kufa. In Kufa, Jabir (Geber) had set up a laboratory where he continued working on chemistry. Jabir could not hide from the caliph, he was house arrested and lived rest of his life in the arrest until he died on 815.

Jabir Ibn Hayyan (Geber) contributed a lot in the field of chemistry. Some of the important discoveries and contributions he made are: