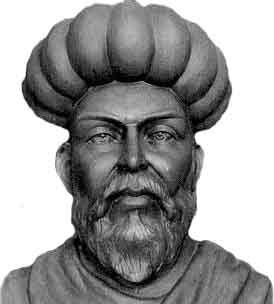 Ibn Al-Nafis is one of the greatest scientists during the period of the Golden Era of Muslims. He was a famous physician and researcher. He has discovered cures of several diseases and described the blood circulation in the human body in detail.

After studying and practicing medicine, Ibn Al-Nafis became very expert and famous in this field. Due to his expertise, he was called by the king of Egypt who made him the chief physician in the Al-Naseri Hospital in Egypt. He practiced in this hospital for many years and also taught in other colleges of Egypt.

After migration to Egypt, Ibn Al-Nafis spent the rest of his life there practicing and teaching medicine. He was also appointed as a personal physician for the famous king of Egypt Sultan Baibars. Later, he became a chief physician of several other hospitals and worked rest of life as a physician. At the age of 74, Ibn Al-Nafis became very ill and died in Egypt.

Ibn Al-Nafis spent most of his time as a physician, but he also wrote several papers on cosmology, natural philosophy, and futurology. He has discovered and contributed many things in the field of physiology. Some of his most important contributions are:

Before the theory of pulmonary circulation that was given by Ibn al-Nafis, there was a theory of Galen on cardiac function. The theory stated that blood goes from the right side of the heart to the left side through tiny pores. The blood mixes with air and spirit on the left side of the heart and then it flows to other parts of the body. Galen also said that the arterial system and venous system are totally separate.

Ibn Al-Nafis rejected the above-described points in Galen’s theory and stated that the right side and left side of the heart don’t have unseen pores, and don’t allow the blood to go through it. He said that blood from the left ventricle of the heart reaches to the right ventricle with the help of pulmonary circulation. Furthermore, he said that pulsation in the human body is directly linked with the beating of the heart.