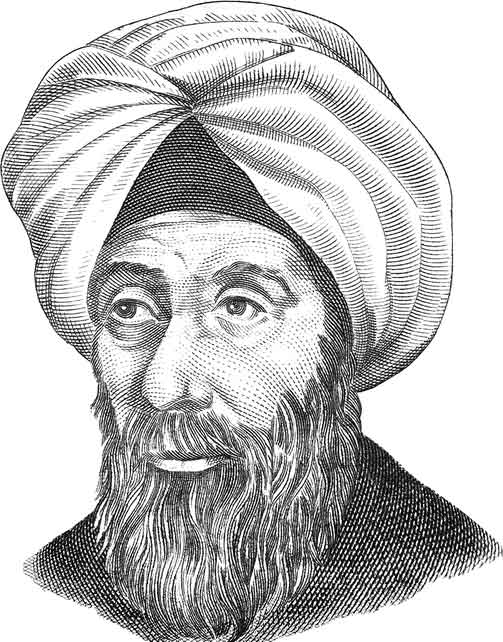 Ibn Al-Haytham is one of the most famous physicists who discovered many laws and theories in physics; especially in optics. His one of the most notable work proves that the human eyes see because of light falling on the eyes. The previous concept was that eyes emit certain radiations which when hit an object, the eye can see it. Due to many contributions to optics, he is recognized as the father of modern optics.

Ibn Al-Haytham, also called Alhazen, belongs to an Arabic family that started to live in Basra (now in Iraq). He was born in the year 965 during the Golden Era of Muslims (or the Dark Age of Europe). He got his education from the teacher of Basra on mathematics, physics, astronomy, and Islamic religion. At an early age, he became very famous due to his expertise in applied mathematics.

After some time, Ibn Al-Haytham claimed that he can regulate the water flow of the River Nile and was invited by the Caliph (head of the Muslim state) to do this job. When he analyzed several designs for water regulation, he found that it is not practical to regulate the Nile. So, he had to flee from the caliph due to strong aggression from him. Ibn Al-Haytham had to hide from the caliph until the caliph died, but during that time he also continued his research work.

Ibn Al-Haytham spent last years of his life in Cairo, Egypt, where he also wrote a famous book on optics, called Kitab-al-Manazir – means the Book of Optics. He also wrote many other books and died at the age of 75 in 1040.

Ibn Al-Haytham wrote many books on astronomy, physics, and mathematics. Among these books, the most famous book is the Book of Optics. Some of his contributions are: