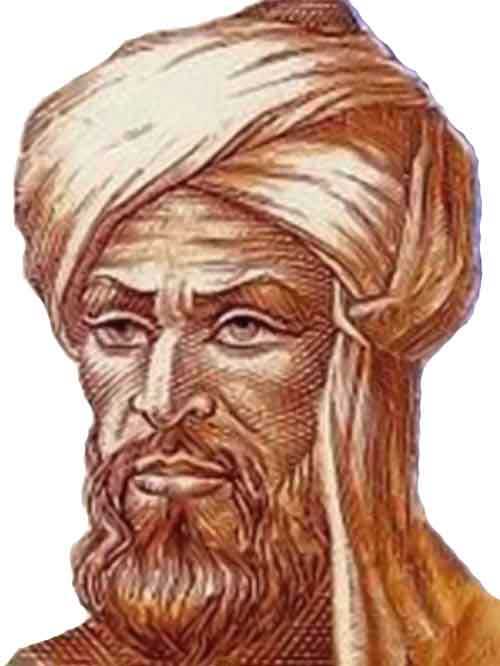 Al-Khwarizmi is one of the most famous astronomers, geologist, and mathematician at the time of the Golden Era of Muslims. He is also the inventor of many mathematical methods and a branch of math, called Algebra. Furthermore, he was the first to use decimals to express the fractions.

Muhammad Ibn Musa Al-Khwarizmi, nicknamed as Al-Khwarizmi, belongs to a Persian family from Khorasan – now located in Uzbekistan. The exact date of his birth is not clear, but it is normally considered to be 780. There is very little information about his early life, but it is clear that he was one of the brilliant students in Baghdad, Iraq.

He made most of his discoveries and scientific contribution in the period of 813 to 833. He was also an excellent translator and has translated so many books into the Arabic language from other languages, such as Sanskrit and Greek. He has died at the age of 70 years in 850.

Al-Khwarizmi has done many discoveries in the field of mathematics, astronomy, and geology. Some of his main discoveries and contribution are:

The most famous work of Al-Khwarizmi was the development of algebra, a branch of math that deals with symbols and the operations between them. Algebra is a very important field in mathematics and forms the foundation of modern science and technology. Al-Khwarizmi defined the algebra in his famous book of mathematics, called Hisab Al-Jabr Wa-Al-Muqabala. This book was very famous and was translated in many languages, before the dawn of Europeans Era, to teach and learn algebra. The book has also discussed the solution of the first-degree and second-degree equations; both analytically and geometrically. It also discussed some methods of solving algebraic problems.