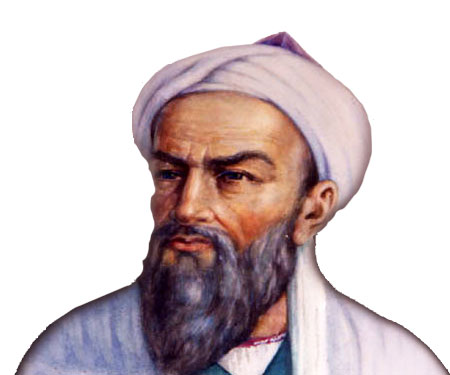 Al-Biruni (Al-Beruni) is known for his works on multiple fields. Apart from mathematics, he knew about planets and stars, languages, geography, cultures and history. Besides, he was a keen traveler, therefore, he visited India and worked on its languages, religion, and people. His time is known as the Golden Age of Islam. A famous Muslim scientist Avicenna (Ibn Sina) also lived in his time. Al-Biruni died at Gazni, in Afghanistan.

Al-Biruni was born on 5th September 973 at Khwarazm in Uzbekistan, and his full name was “Abu Rayhan Muhammad Ibn Ahmed Al-Biruni“. The information on Al-Biruni’s early life is rare. Since he spent the first twenty-five years of life in studies like logic, Islamic laws, philosophy, mathematics, and astronomy – the study of stars and planets. Because of his intelligence, rulers of his time would keep him in their company.

By the age of 22 in the year 995, he left his homeland and went to Bukhara. This city was then the center of knowledge in the world. He stayed there for around three years for getting education. He came in contact with Ibn Sina (Avicenna) and exchanged views with him on various subjects. Later, in 998 AD, he moved to Tabaristan in Iran where he wrote his first book known as “The Remaining Traces of Past Centuries”.

At the age of forty-four in 1017 AD, Al-Biruni joined the court of Mahmud Ghaznavi, where he was appointed as an advisor on the study of planetary bodies. After serving for thirteen years, Mahmud Ghaznavi sent him to India in 1030 AD. Al-Biruni became aware of every walk of Indian life. He wrote a book on Indian history and culture known as “The History of India”.

As he traveled to Central and South Asia, he studied people, their customs and cultures. After his long research life, he died at the age of 77 years in the year 1050 at Gazni, Afghanistan.

Al-Biruni discovered the mathematical methods to find the distance between the Sun and Earth or Moon and the Earth with the help of old astrolabes. This way he laid the foundation of knowing planetary distances. He founded the way to measure the distance of the Earth’s surface.