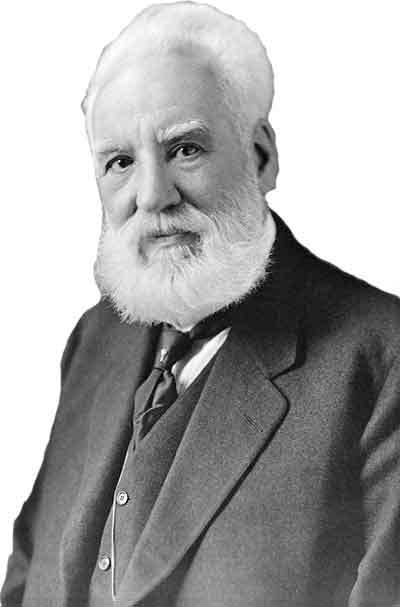 Telephones are one of the most important inventions that allow us to talk with friends and family member living very far from us. The credit for the invention goes to a great inventor, Alexander Graham Bell. He was interested in the science of sound and always wanted to somehow send sound waves over the electrical wire to a great distance.

Alexander Graham Bell was born in the Bell family of Edinburg in Scotland in the year 1847. His father was a professor, but he got the education at his home until he became 11 years old. Then, he enrolled in the royal school of Edinburg and continued his academics for 4 years. He had a special interest in the field of science and didn’t perform well in other subjects. At the age of 15 years, young Bell was moved to London and was home-schooled by his grandfather for one year. Then, he again joined a high school to continue his studies further. During that time, Graham Bell also made a talking robot with his brother. The robot worked by blowing air through a windpipe and spoke some words.

In 1870, Graham Bell became 23 year old and at that time his two brother became seriously ill due to tuberculosis disease. He lost his two brothers and became the only surviving child of his parents. His father was moved to Ontario, Canada with his family. After about 2 years, Bell opened a school of mechanics of speech and vocal psychology in Boston for teaching deaf people to speak. He was very expert in the field of vocal psychology and was offered the position of professor at Boston University without any degree requirement. 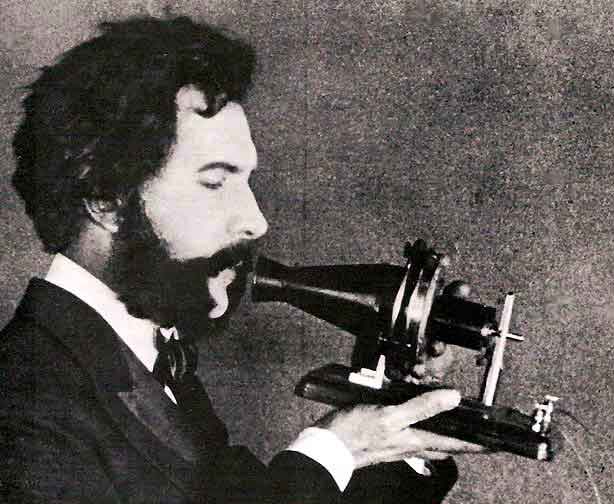 Alexander Graham Bell always wanted to send his voice with the help of electricity from one place to another. Because he was an expert in the science of sound, he began experimenting on a device that could send voice signals on wires. He needed some money for the development of a telephone, which he luckily got from some wealthy investors. He also hired an assistant, Thomas Watson, to help him in building the telephone. Graham Bell became successful in sending his voice on telegraph wires in 1876 by converting the sound waves into electrical waves. The first words that Mr. Bell spoke from his mouth to send them electrically were “Mr. Watson come here, I want to see you”.

When Graham Bell reached patent office for registering the patent of the telephone, he found that there were some inventors who also came with a similar idea. But, he was able to register his patent before anyone else that was about to transform our world. In 1877, Graham Bell opened a company, Bell Telephone Company, today which is called AT&T. Graham Bell became very rich from his invention and continued to improve his invention further.